The second edition of the ‘survival manual’ published last May aims to be “a professional guide that also reflects our biblical worldview”, to deal with the impact of the ‘second wave’. 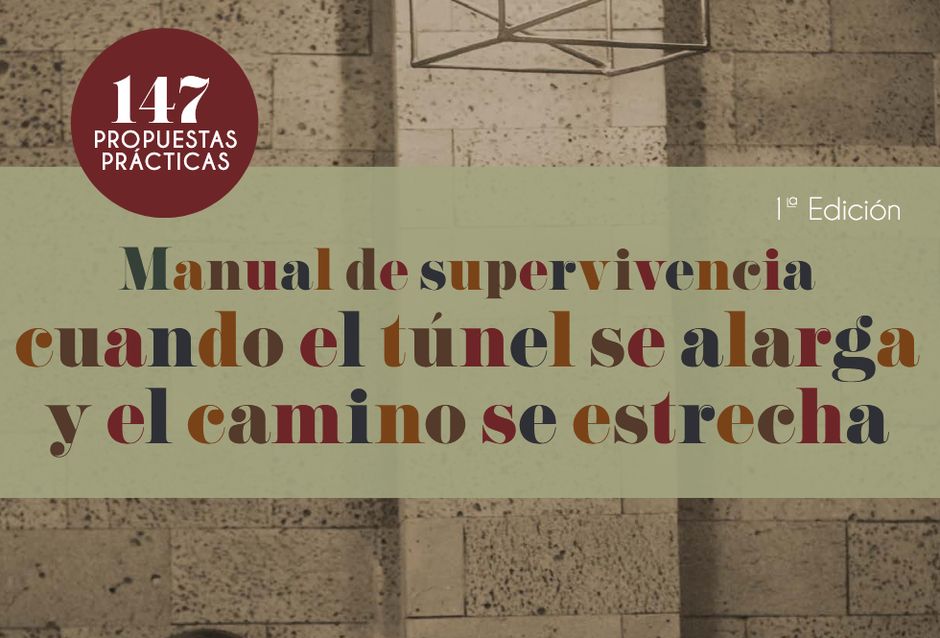 The Spanish Evangelical Psychologists Group (GPE) has launched a new document with 147 practical proposals for managing the impact of the second wave of the pandemic on spiritual and mental health.

This is the second edition of the ‘survival manual’ they launched in May, which they have now expanded under the title “When the tunnel gets longer and the road gets narrower”.

The manual has 62 pages divided into six chapters. It is a collaboration with the GBU (IFES) and the Spanish Evangelical Alliance (AEE) with itsAgabo Project, a platform to address the crisis that is expected to help people at risk after the pandemic.

“The crisis of the coronavirus, with all that it brings with it, has been dragging on for many months now. A few weeks ago, we received the proposal from the AEE and we thought it best to make a continuation of the first manual, which was so well received a few months ago”, Lidia Martín, pcyhologist in Madrid and one of the coordinators of the work, explains.

Among the topics addressed, there are proposals to deal with fatigue maintaining a good mood, help the weakest, face the economic crisis, detect possible mental health problems, and understand the role of the church as a balm. “We hope it will be a blessing for many”, Martín says.

The impact of the ‘second wave’

The new document is launched in the midst of the ‘second wave’ of the epidemic, which had already been predicted months ago, and continues to impact the economy and society as a whole, but also those with mental health problems.

“We all thought, perhaps somewhat naively, that this would be easier. Today, we still do not see the end of this tunnel we are going through. We could almost say that 'we only know that we know nothing', as we keep trying to find patterns that help us understand something else about what is happening around us”, the text reads.

According to the Evangelical Psychologists Group, “the many responses of gratitude and positive feedback we have received and the request to translate it into other languages, have been a way of measuring thee impact”.

“Knowing that the text is going around the world, far beyond our borders, is another sign of globalisation, but also of the many opportunities it brings for the spread of the gospel of Jesus, which is good news for the world in the midst of the darkness in which we live”, Martin points out.

“A professional guide that reflects our biblical worldview”

The manual specially focuses on those who suffer from “the vision of a tunnel that narrows” and it aims to become “an initiative to cover some needs in the midst of this darkness”.

The GPE hopes “to make a professional guide that also reflects our biblical worldview, available to all. We are blessed to be able to approach the world from these two perspectives, the one that gives us insight into how our behaviour works on a human level, and also the faith perspective”, Martín underlines.

They hope to encourage and show other Christians the different ways they can help in a time of such need.

“Every Christian, whatever their workspace or profession, should find bridges in this time, being light and hope in the place where they have been placed”, they stress.

You can read the full manual here (Spanish).

- An English version of this maunal is already being produced. The Spanish Evangelical Psychologists gorups is very keen to offer the material for translation into other languages.

- The only conditions are that the original design is kept and the translated material is offered for free.

Published in: Evangelical Focus - culture - Evangelical psychologists launch a new document to face the “long tunnel” of the pandemic