A “Survival Manual” that crosses borders

The document by Spanish Christian psychologists was first translated into English, and now into Russian, Slovak, and other languages. “We want it to continue spreading for good, either for this crisis or for any future crisis”. 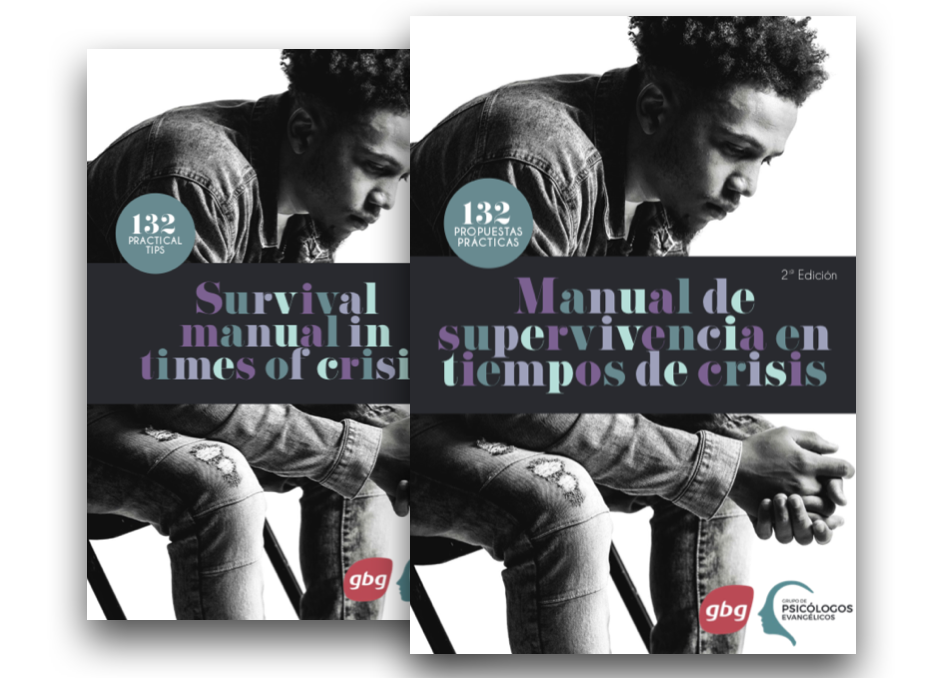 Cover of the English and the Spanish manuals. / Porfineslunes.org

At the end of March, a group of Spanish evangelical psychologists began to share their concerns regarding the situation of confinement Spain was living and how it affected people's lives.

Fear of an unknown illness, loneliness or anxiety, are some of the emotions people have experienced throughout these weeks. The group of psychologists prepared a very useful resource, the Survival Manual in Times of Crisis.

It is a 60-page guide that offers 132 very practical tips based on the Bible, which address the critical issues that the pandemic has brought.

Launched in digital format, the manual began to circulate through various platforms, churches and social media very quickly, to the point that shortly afterwards its translation into English was requested. Now it is being translated into three other languages.

Spanish news website Protestante Digital talked with the psychologist Lidia Martín, one of the coordinators of this project in which more than 30 authors participated.

Question. The Spanish Evangelical Psychologists Group (GPE), launched the “Survival Manual” at the beginning of the crisis, free of charge. How has it been received?

Answer. In the midst of the avalanche of questions and informative chaos, we wanted to do something. That is why the document is very concrete and clear, not just based on psychology, because that is not the most important thing for us. We wanted a Biblically well-argued document.

This manual has 132 tips, Bible-based short reflections to guide us amid the chaos and anxiety of this process.

A group of psychologists gathered to make their contributions. The work was done in record time - the compilation, layout in just four days, and then published with a high standard of excellence.

The text is still available and we want it to continue spreading for good, either for this crisis or for any future crisis.

Q. The manual is available in English. Are you preparing more translations?

A. The Spanish edition went viral, and in a few days the English translation was made, which allowed its worldwide spreading. We have been asked for permission to translate it into Russian, Slovak and two languages spoken in Sri Lanka.

Several Evangelical Alliances are contacting us, and many people have written us to thank us for the document.

The GPE is willing to authorise any translation, we only ask that the layout of the manual is kept, acknowledging the team that has carried it out, the Graduates Bible Groups (GBG).

Q. Now that it seems that the de-escalation is starting... How do we face the challenge of overcoming the emotional and mental wounds of this crisis?

A. It remains to be seen what we will experience. Maybe those who have already experienced anxiety before, will be more prepared during this time of de-escalation, because they may have had psychological attention, and are already using tools to cope with this.

There are many people who will be caught off guard, because much is being said about the importance of physical health or the economy, but we do not know yet how to measure the effects on mental health.

We believe that the emotional effect will be quite important, because we have to assume that we will not return to the previous normality. And we do not know how long it will take to return to a situation that is relatively similar to the one before the crisis.

Some things have surely gone away and will not return. We will only be able to better see what has happened and the reality that we will face, when we meet again on the street, in the day-to-day work and when we can make decisions on our own.

I have seen in my patients, that there is an upturn in anxiety and sadness. But the stress is what can play a trick on us, because it may not appear now, but it will when our mind and body relax.

We cannot do a total prevention, but we must keep in mind that a difficult situation awaits us, and we will even have episodes of anxiety. The problem is not so much if we are going to have upturns or not, but if we are aware that this could happen to us.

As for emotional wounds, there are different degrees, but perhaps going through grief is the most difficult. Coping with the disease is very complicated, there are many people who have lived a very hard fight in their own bodies, others have seen it in close relatives.

If the people have not been able to say goodbye to their relatives, it is important that they can perform some other type of ritual, maybe more symbolic.

We usually go to a funeral or a funeral home, and this has not been possible, so we have to find a way to say goodbye, maybe at home, with photographs of the ones we lost. We need to take time to remember them and close that chapter.

Download the “Survival manual in times of crisis” in English here.