The trial against the Christian parliamentarian charged with “ethnic agitation” against homosexuals will start in January. 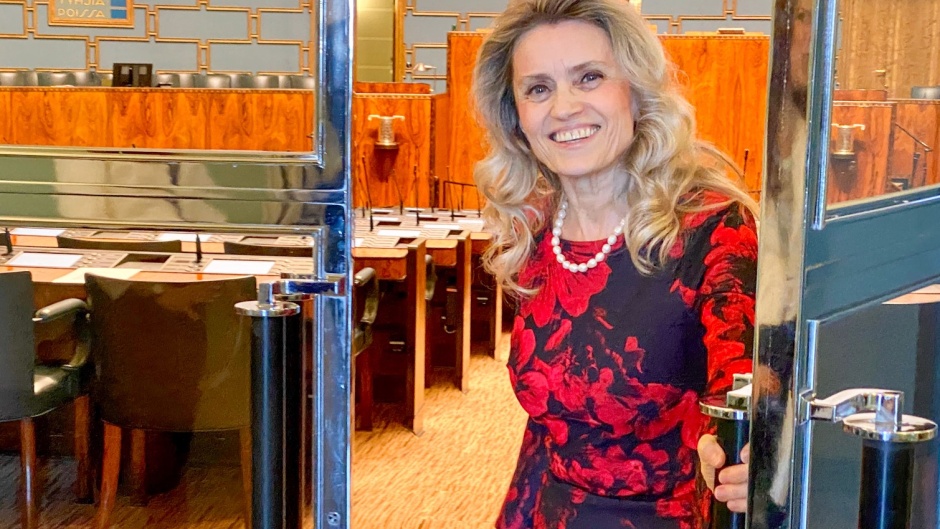 Seven Christian church denominations in Russia have expressed their support for Päivi Räsänen, a former Finnish government minister and committed Christian to be tried in January.

The parliamentarian of the Finnish Christian Democratic Party is going to defend herself in three pending cases. She is charged with expressing ideas that could lead to “ethnic agitation” against homosexuals, as described in Section 10 of Finland’s Criminal Code.

Evangelical Focus previously reported about the efforts of Finland’s General Prosecutor to investigate Räsänen’s ideas expressed in a booklet about marriage and sexuality published in 2004 but still available online, in social media posts shared online ahead of the Helsinki LGBT Pride events in 2019, and comments on a talk show of the Finnish broadcasting system about the theme “What would Jesus think about homosexuals?”.

Also Juhana Pohjola, the head of the Lutheran publishing house that issued the booklet will respond to the court.

“Use my freedom to believe and speak”

In 2019, Räsänen told Evangelical Focus: “I have a completely calm mind about this. I am going to use my freedom to believe and to speak accordingly, whatever the outcome of this process may be”.

After being officially charged, she stated: “I do not consider myself guilty of threatening, slandering or insulting any group of people”, adding that her beliefs were all “based on the Bible’s teachings on marriage and sexuality”.

A documentary film has been produced about her case and the case has caused a heated debate about religious freedom and the rights of LGBT people in Finland.

In Europe, several Christian organisations have expressed their opinion about the case in the last months, including the European Evangelical Alliance. International organisation ADF is leading Räsänen’s legal defence.

Now an interfaith platform formed by 7 Christian church groups in Russia said it was “concerned” over the situation of the Finnish parliamentarian, Christian Network Europe reported. These Christian leaders lament that Päivi Räsänen “publicly declared her loyalty to traditional Christian principles and, as a result, is under the threat of prosecution and imprisonment”.

The statement, published on 11 November, and signed among others by the Russian Orthodox Church, the Evangelical Lutheran Church of Russia, the Russian Union of Evangelical Christian Baptists, and the Russian Association of Christians of the Evangelical Faith (Pentecostals), expresses surprise over the fact that quoting the Bible is seen by Finnish authorities as a “violation of the principle of equality and the dignity of homosexuals”.

“We support those Christians who, in spite of the growing influence of liberalism, are true to the traditional principles of their faith and who do not refuse to vindicate biblical moral values”.

The church groups end by expressing their “hope” that “reason” and “justice will be upheld”.

Only one day earlier, on 10 November, a group of 6 Republican Members of the United States Congress in Washington DC sent a letter to the US Commission on International Religious Freedom (USCIRF) saying: “The Finnish government is currently prosecuting well-known Christians for publicly supporting long-standing Christian doctrine. The prosecutions of the Bishop of the Evangelical Lutheran Mission Diocese of Finland (ELMDF), the Rev. Dr. Juhana Pohjola, and Dr. Päivi Räsänen, a Member of Parliament, are specific examples of the Finnish government’s violation of freedom of religion”.

The letter continues: “Citizens should never be forced to choose between a fundamental freedom- their faith- and legal persecution (…) We strongly condemn the actions of the Finnish government to persecute Christians for speaking their beliefs”.

The signatories “urge USCIRF to take these actions into consideration when recommending which countries should be added to State Department’s Special Watch List”.

Earlier this year, a group of law experts from the universities of Harvard, Princeton and Yale also criticised the prosecution of Päivi Räsänen.

The date set by the Helsinki District Court for the hearing is 24 January 2022.