UPDATED: The police interrogated Juhana Pohjola for five hours. “I denied being guilty of the crime of ethnic agitation”. The booklet was published in 2004. 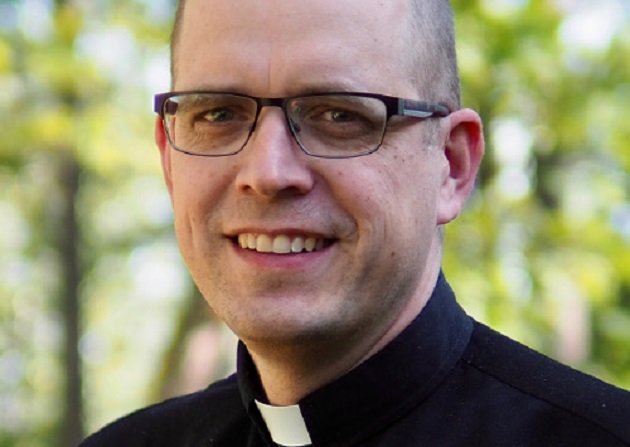 UPDATED: The leader of a confessional Lutheran denomination in Finland was questioned by the police on 12 February about his responsibility in the distribution of “Male and Female He Created Them”, a 24-page booklet published back in 2004.

Juhana Pohjola, Dean of the Evangelical Lutheran Mission Diocese of Finland and head of the group of churches’ publishing house, responded to police questions for five hours, as a part of a preliminary investigation of a case that also involves the author of the booklet, member of Parliament Päivi Räsänen.

“At the tactful and thorough interrogation, I said that I am, as the editor-in-chief, responsible for the publication and distribution of the booklet. I denied, however, being guilty of the crime of ethnic agitation” Pohjola said after the meeting with the police.

“In my view, Mrs Räsänen’s text is not defamatory or insulting to homosexuals. In my answers, I showed that the booklet teaches in line with Christian anthropology that every person is precious as [being created in] the image of God, regardless of sexual orientation”, he added.

“This does not mean, however, that people are not responsible before God for their way of life or moral choices. The homosexual lifestyle is contrary to God’s order of creation and a transgression against His will. If one is not allowed to teach this publicly, the message of sin and grace will be left without a foundation, and freedom of religion will decline”, concluded the Dean of the Evangelical Lutheran Mission Diocese of Finland.

Both Päivi Räsänen and Juhana Pohjola could be accused of “ethnic agitation” against homosexual people, a crime described in the Section 10 of the Penal Code. Sexual orientation was added in 2011 to a law that had been originally created to punish racism.

The State Prosecutor General, Raija Toiviainen, is leading the criminal investigation and has said the booklet, which is still available (read here in English), “incites hatred”.

The denomination, which holds to a traditional understanding of the Bible and to the 16th century Lutheran Confessions, had explained on its website that Juhana Pohjola “is under suspicion for distributing this material to the public and for keeping this material available online”.

In September 2019, the author of “Male and Female He created them” and former Finnish Minister of the Interior, Päivi Räsänen, responded to questions of the Helskinki Police for four hours. She later said: “It is difficult to understand what is now happening in my home country (…) the situation is really peculiar. But I am grateful that so many Christians have been woken to pray for our nation”.

Räsänen was also denounced for a tweet in which she quoted the Bible on homosexuality in June 2019.

In an interview with Evangelical Focus, she said: “The more we keep silent about difficult and controversial topical themes, the narrower the space for freedom of speech and religion gets”.

Other European countries have also recently included the discrimination against LGBT people in the Penal Code. The most recent case is Switzerland, where a majority voted “yes” to give sexual minorities a special protection. In the Central European country, political parties, lawyers and evangelical bodies, among others, are calling to protect freedom of speech and religious freedom and avoid the temptation on shutting down the conversation on issues such as sexuality and marriage.