ECPM now has four MEPs and brings together around 20 political parties. “We explicitly promote Christian values in politics”, says its President. 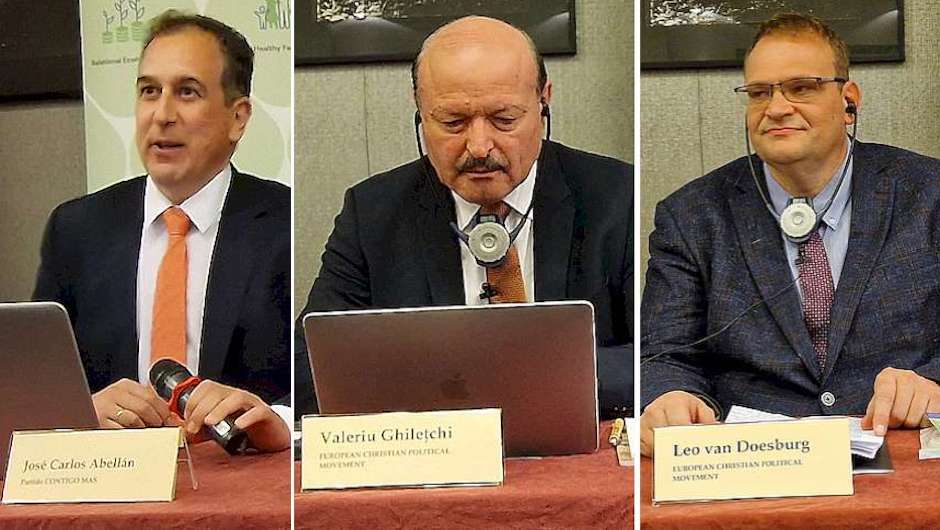 The European Christian Political Movement (ECPM), which currently has four Member of the European Parliament, was presented in Madrid (Spain) on 16 June.

Its President Valeriu Ghileţchi explained that “the ECPM is the only European political party that explicitly promotes Christian values in politics. Our movement brings together like-minded individuals, parties and organisations from all over Europe”.

Ghileţchi, who is also a Baptist pastor in Moldova, explained that it started in 2005 as a movement of Christian politicians, and ended up as a European political party, obtaining seats in the European Parliament.

Its main goals are clearly based on a biblical worldview, including human dignity (from conception to death), an economic policy that puts people before profit, the fight against human trafficking and for the known as Nordic Model which penalises the demand of prostitution, support for the natural family, the sovereignty of nations, the defence of freedoms, and especially, the preservation and promotion of Europe's Christian culture and heritage.

ECPM has members and partners from all over Europe. Members are registered political parties (currently around 20) and members of national parliaments. The partners are organisations, which include, among others, the European Evangelical Alliance.

According to Ghileţchi, explicit Christian identity is essential and safeguarding it requires constant work. Along with a large number of evangelical members, Orthodox and Catholics are also part of the ECPM.

In Spain, the only member of ECPM is Contigo+ (With You More), a recently created party. Its Secretary General Juan Carlos Abellán was the host of this meeting in Madrid, and the coordinator of the presentation.

Contigo+ is a transversal party that identifies with the aims and principles of the ECPM, emphasising the need to involve civil society in politics.

Asked what would distinguish them from others such as the Spanish far-right party Vox, with which they would might agree on some aspects, he replied that the first thing would be to ask “if Vox is a party with a Christian identity”, since this it is not mentioned anywhere. He added thatthere would also be important differences with Vox, such as in the areas of social policies and in the treatment of migrants.

Moreover, they cofirmed, “Vox has not been asked, nor has it been requested by this party to become a member of the ECPM”.

“The basics of Christian politics”

Leo van Doesburg, Director of Policy and European Affairs of ECPM, shared a reflection on “The basics of Christian politics”.

Starting from the origins of Christian democracy in the 19th century, he highlighted its role in the defence of social justice based on the human being as “the image of God in the face of emerging capitalism”.

Another basic principle, he said, is the separation of church and state, which has since been deformed by denying Christians participation in public life (something the Council of Europe has recognised).

He stressed the need for the rule of law, understanding justice as a defence of the law but also an effort to do justice to the weakest.

Another key aspect he mentioned was responsibility towards others. Personally and with the environment and nature; being good administrators ("efficient, honest, as for God").

Doesburg defended the essence of freedoms, not as a “I do what I want”, but as responsible interaction.

Finally, he lamented that the distinctly Christian roots in the birth of the European Union had first been ignored and then denied, being “something to be recovered in our culture”.