King of Spain should not have leading role in religious events, evangelicals say

Felipe VI gave a speech in which he entrusted all Spaniards to the protection of the Apostle Santiago, “Patron Saint of Galicia and Spain”. Evangelicals call for a protocol to regulate the participation of public authorities in religious events. 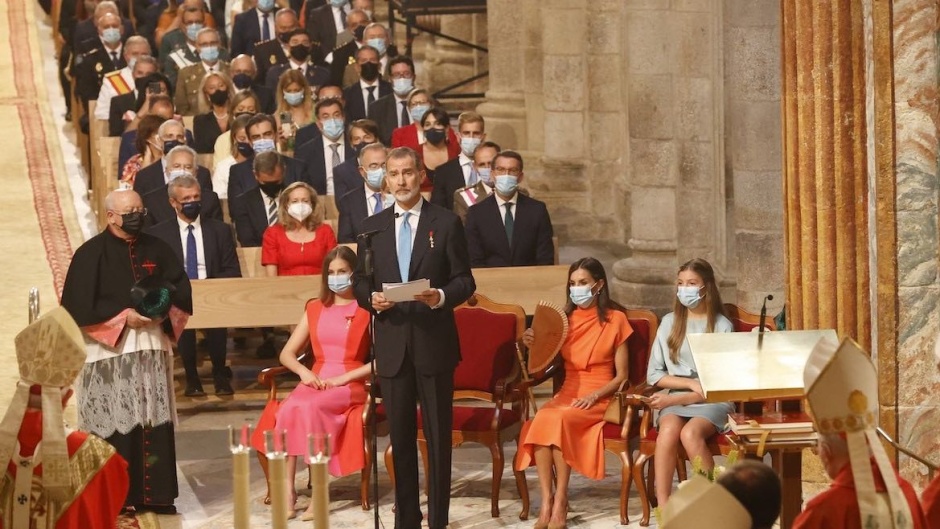 Felipe VI takes the floor during the Mass at the Offering to the Apostle St. James. /Photo: Casa Real.

The Federation of Evangelical Religious Entities of Spain (FEREDE) has sent a letter to the Royal House expressing its concern about the active participation of King Felipe VI, the Spanish head of state, in the mass celebrated on 25 July in Santiago de Compostela for the Day of Santiago (St. James) the Apostle.

At the mass, Felipe VI presented a wreath and gave a speech in which he entrusted all Spaniards to the protection and help of who he described as the “Patron Saint of Galicia and Spain".

The letter of the evangelical federation expresses that “it hurts and worries us that, in his capacity as head of state - a modern, constitutional and non-denominational state such as the Spanish state - His Majesty persists in the tradition of actively participating in the religious acts of a single religious confession”.

FEREDE adds that “Protestant Christians, a religious minority persecuted in Spain since the 16th century and more recently during the Franco regime, have painfully endured discrimination, comparative grievances and being considered ‘foreigners’ in our own land, in every act where the idea is proclaimed and reinforced, actively or passively, that ‘to be Spanish (or ‘good’ Spanish), is to be Roman Catholic’”, the letter states.

“In today’s Spain, where according to recent studies less than 60% of Spaniards profess the Catholic faith (and most of them declare themselves non-practising), it seems fundamental to us that the public authorities reflect the plural nature of the citizenry and reaffirm the feelings of national identity, not around a particular religious faith, but on the basis of the Constitution, human rights and the democratic cultural and human values that we all share”, the evangelical federation points out.

The letter, signed by the executive secretary of FEREDE, Carolina Bueno, reminded the Royal House the need of guaranteeing religious neutrality through a protocol that regulates the participation of public authorities in official events. This is a long-standing demand of FEREDE, which the evangelical federation has defended before all the governments of democracy, most recently before the current Minister of the Presidency of the leftist government, Félix Bolaños.

FEREDE regrets the active participation of Felipe VI in the offering to the Apostle and asks him for “religious neutrality”. 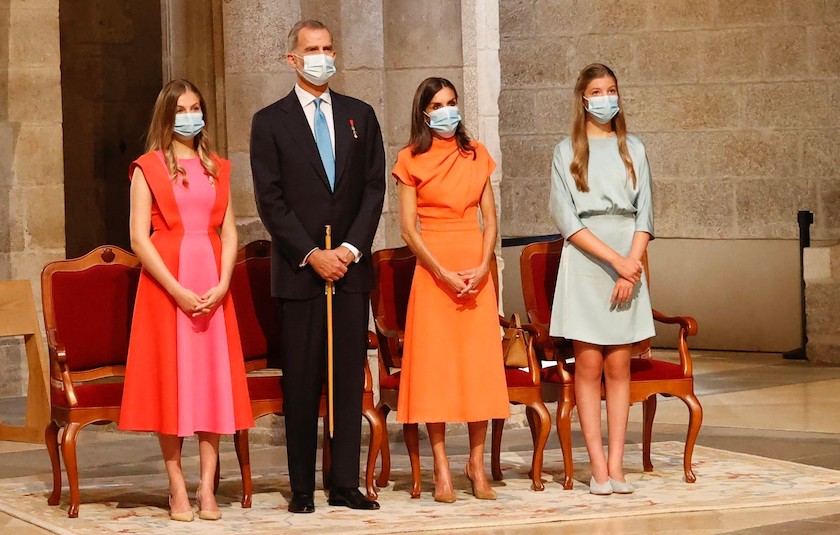 “The last time we reminded the Government of this issue, among others, was in a letter dated 17 November 2021 that we addressed to the [government] in which we insisted on the need to approve a Law of State Neutrality in religious matters, which regulates the participation of public authorities in religious activities and establishes measures that guarantee the neutrality of the State, its Administration and its public officials”.

A good example of how religious diversity was respected, FEREDE says, was the “civil events organised by the state in memory of those killed by COVID-19”.

The evangelical federation recognises that “this matter is, in the first place, the responsibility of the government”, but nevertheless “we ask H.M. King Felipe VI, as far as it depends on him, to take this situation into account and, as he has shown in so many other matters, to show his empathy and sensitivity in order to take a step towards a Spain in which citizens of any religious denomination can definitely feel part and ‘equal’, and so that we can all feel represented by the head of state”.

The letter concludes by “praying God's blessing on Your Majesty and on the entire Royal Family, and wisdom from on High for the exercise of your office and the important responsibilities that are inherent to it”.

Queen Letizia does not make the sign of the cross

One of the images during the mass in Santiago de Compostela on 25 July was that Queen Letizia did not cross herself according to Catholic ritual. This gesture has been the cause of controversy on social media and in the general media.

Published in: Evangelical Focus - europe - King of Spain should not have leading role in religious events, evangelicals say