We must fight for the religious freedom of other confessions, Italian evangelicals say

The criminalization of the Jehovah’s Witnesses in Russia is a mistake, says the Italian Evangelical Alliance. Freedom of worship should be guaranteed for everyone, “even for those who, in our view, are completely wrong.” 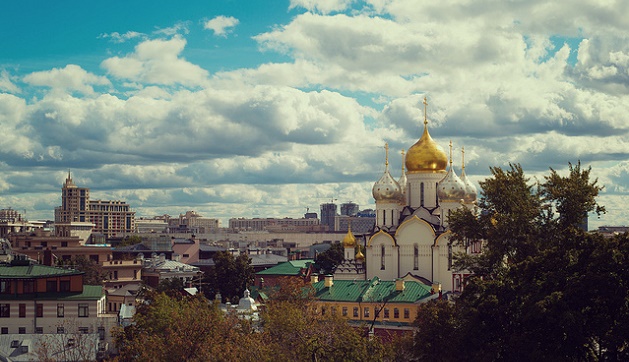 Italian evangelicals have expressed their support for the Jehovah’s Witnesses in Russia, whose faith has been banned by the Supreme Court.

The Italian Evangelical Alliance (AEI) expressed its “concern” after the “ideological sentence” which illegalised the Jehovah’s Witnesses in Russia was announced. The religious group - which says it has 175,000 believers in the country - will have their properties confiscated by the state.

“We add our voice to all those who have protested against this clear violation of the fundamental human rights”, the AEI said.

The body representing evangelical Christians in Italy believes that “no State can ban mosques, synagogues, churches or temples just because of the convictions or beliefs of its members.” This kind of thinking collides with the Christian message, the AEI told the Russian government, which supports the Russian Orthodox Church.

Defending the idea that every citizen in every country should have the right to practice their faith “does not encourage to believe that all ways lead to God nor it is an invitation to relativism”, the statement explains. “Our point is not to support the doctrine of the Jehovah’s Witnesses (which we believe is contrary to the gospel and a deviation from God’s Word) but to defend the right of everyone to live freely according to their own convictions.”

“We believe that one day every human being will be called to be accountable of their life before the throne of Christ. And we are also convinced that, according to the biblical perspective, the State should never manage the spiritual dimension of the people. It is not its role to convert, to protect or to promote a certain religious confession (Romans 13:1-7).”

NO PRIVILEGES FOR OFFICIAL RELIGIONS

A “nominal or compulsory faith” could never converge with the biblical view, the statement says. In addition, “to limit the freedom of confessional groups or giving privileges to some religious realities will never help the Christian faith”, the Italian evangelicals say.

“Whoever threatens religious freedom”, the statement concludes, “always creates a dangerous precedent that sooner or later damages Christian communities heavily. If Jesus said the truth, then we do not need any constraint, government support, or public privilege to live his mandate.”

“Religious freedom must therefore be guaranteed for everyone, even for those who reject the Gospel or who, in our view, are completely wrong in understanding and living it.”

Russian Evangelical Christians also condemned the reduction of freedoms for non-Orthodox Christians, and described the ban of Jehovah’s Witnesses as an “unreasonable and dangerous step”.

Published in: Evangelical Focus - europe - We must fight for the religious freedom of other confessions, Italian evangelicals say