The no-confidence motion has passed with the support of 180 MPs. There was one abstention and 169 MPs voted against it. 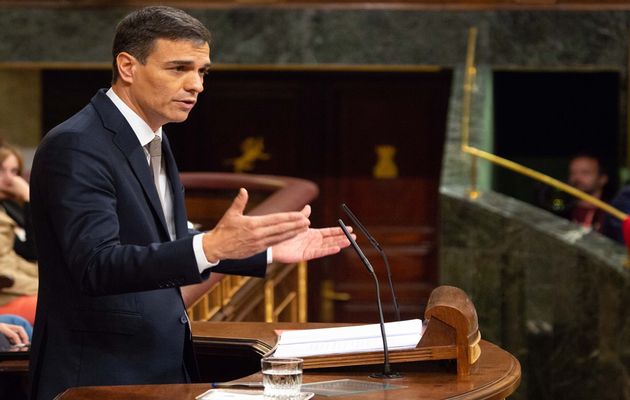 The Spanish Parliament has voted in favor of a no-confidence motion against President (Prime Minister) Mariano Rajoy.

Rajoy has been ousted from Office after a Spanish court ruled that his party financially benefited from an illegal kickback scheme, and one of its former treasurers was given a 33-year jail sentence.

He is the first President of the government in modern Spanish history to be defeated in a no-confidence vote. 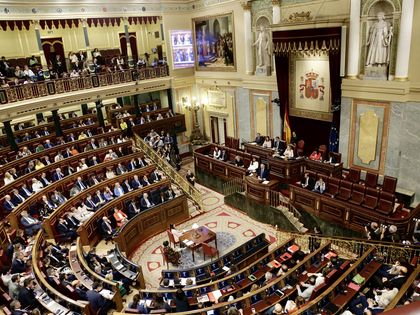 Pedro Sánchez, leader of the Social Democrat party PSOE, will head the new government. “We're going to sign a new page in the history of democracy in our country”, he pointed out ahead of Friday's vote.

Sánchez said he will address the “social urgencies” of Spaniards, adding that he was “aware of the responsibility and the complex political moment of our country”.

He is expected to be sworn in by Monday and appoint his cabinet next week.

The motion passed with the support of 180 MPs, four more than the 176 needed in the 350-seat Parliament. There was one abstention and 169 MPs opposed it. 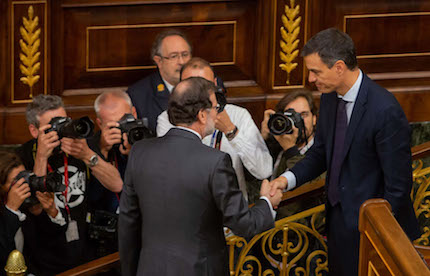 “We believe we are responding to what most Basques want and best complying with our responsibility by voting yes [to the motion]”, said Basque Nationalist Party (PNV) spokesman Aitor Esteban on Thursday.

RAJOY: “IT HAS BEEN AN HONOR TO LEAVE A BETTER SPAIN”

During the second day of debate on Friday, Mr Rajoy admitted facing defeat and told MPs that it has been “an honour to be the President of Spain, and to leave a better Spain than I found”.

“I hope that my successor will be able to say the same when his time comes. My thanks to the Spanish people for lending me their support and understanding. And good luck to everyone for the good of Spain”, he concluded.