“At least 60 Protestant church members have been banned from Turkey”

“Spouses have been separated from their families, expats were denied access to their property”, denounces the World Evangelical Alliance during the 45th session of the UN Human Rights Council. 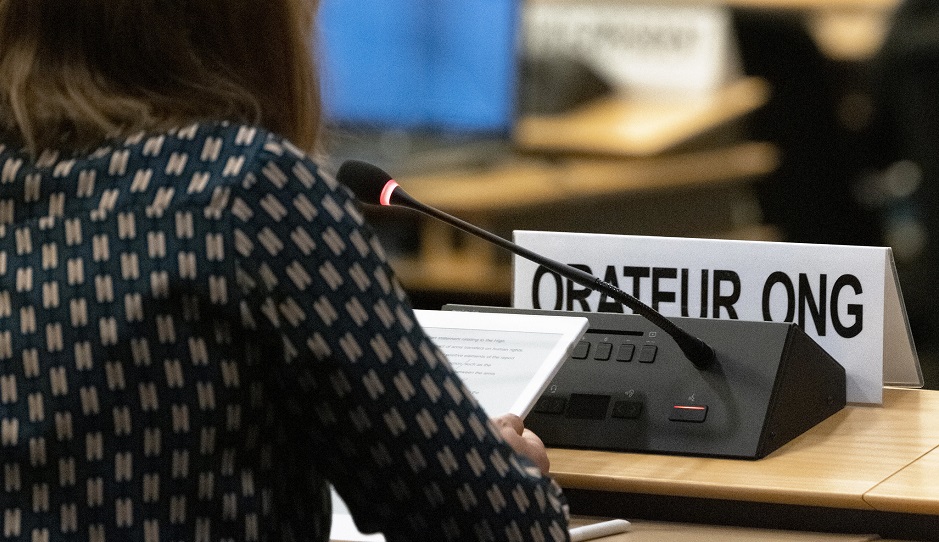 A member of a NGO during 45th session of the Human Rights Council, 24 September 2020. / UN Photo, Jean Marc Ferré

It was Turkey’s turn in the Universal Periodic Review (UPR), and the WEA brought the attention to the fact that, “in the past two years, 60 or more expatriate Protestant Christians in Turkey have been denied residency, arbitrarily and without due process”.

The evangelical body used its short statement to mention two cases. “David Kandasamy, a Sri Lankan national resident in Turkey, has lived in Turkey for 20 years before receiving an entry ban. He is married to a Turkish Christian woman, and have four children, all of whom Turkish citizens”.

“Andy and Cathryn Hoard lived in Turkey for 30 years. Cathryn received a sudden entry ban when flying back to Turkey from a short trip. She spent three days detained in a windowless immigration holding cell before being deported to the United Kingdom”, added Wissam al-Saliby, advocacy officer of the WEA.

No rights, no explanations given

The evangelical body denounced that “spouses have been separated from their families. Expats were denied access to their property and investments that had previously been carefully investigated by Turkish authorities and received their full approval”.

In all this, “the authorities have given no explanation apart from telling these Christians that they constitute a threat to national security according to confidential government reports”, the WEA denounced. “Turkish authorities have denied the lawyers of these expats access to the confidential reports, and therefore, the authorities have offered no possibility for a fair and just appeal to review these orders in accordance with international law, namely article 13 of the ICCPR”.

The WEA closed its statement calling on “Turkey to review its decisions to effectively expel and ban the 60 Protestant church members, and to allow for a fair and just recourse against national security decisions and for the examination of the facts behind such decisions”.

During the 45th session of the Human Rights Council, the WEA has also addressed religious freedom issues in Zimbabwe, Pakistan and Sweden.

Published in: Evangelical Focus - europe - “At least 60 Protestant church members have been banned from Turkey”