Why are so many Gen Z self-identifying as LGBT?

Recent surveys confirm that an ever-increasing number of people under 23 identify as “non-binary”. Psychiatrist Glynn Harrison and theologian Olof Edsinger outline some of the causes behind the trend. 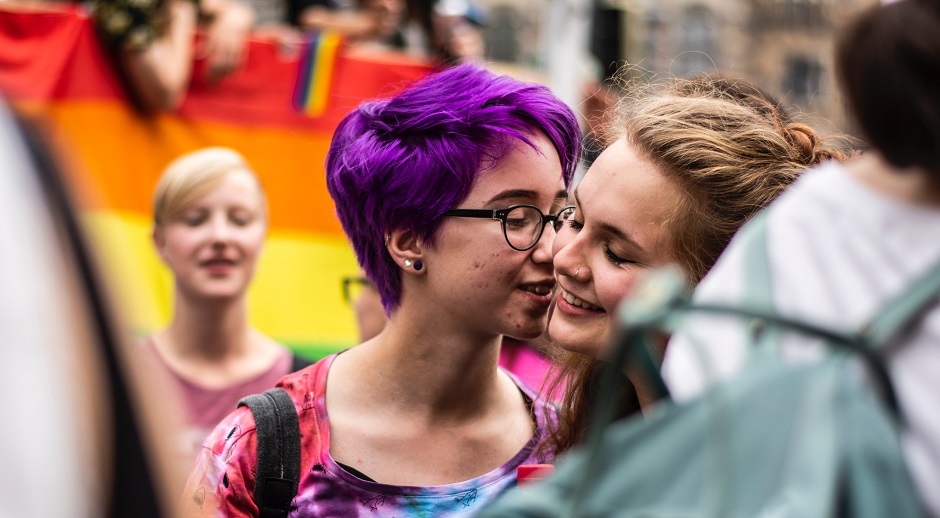 Teenagers and young adults increasingly identify as LGBT in Europe, the United States, and other Western countries.

A recent in-depth survey by Gallup shows that 5.6% of the US population identifies as lesbian, gay, bisexual, transgender or queer (up from 3.5% in 2012).

But it is the segment of those under 23 years old where the figures explode: 15.9% self-identify as LGBT. More girls and women do so than boys and men, the survey based on 15,000 interviews found.

The authors of the Gallup report come to the conclusion that, “with younger generations far more likely than older generations to consider themselves LGBT, that growth should continue”.

Glynn Harrison, a retired Professor of Psychiatry in the United Kingdom, told Evangelical Focus that “surveys which look at patterns of attraction and behaviour have been reporting these increased rates for some time”.

In 2016, a large population-based study in the US (National Survey of Family Growth) reported that “in the 25-44 age group, 17.4% of women and 6.2% of men had had intimate sexual contact with a member of the same sex at some point in their lives”.

Another poll conducted by Ipsos MORI in the UK in 2020, looked at attractions. “Only half (54%) of Generation Z respondents said they were ‘only attracted to the opposite sex’. The younger the respondent, the greater the reported attraction to members of the same sex”.

“It isn’t easy to interpret these findings”, admits Harrison. “One possibility is that we are witnessing real increases in rates of same-sex attraction in the context of the cultural changes brought about by the sexual revolution”.

Another possibility is that “people are simply now more honest about their feelings”.

But it is also the case, says the psychiatrist, that “young people today are more likely to use fashionable sexual identity labels that enable them to feel ‘cool’ and to fit in”.

“It’s hard to know, but I suspect all three factors play some part. The bottom line is that our human sexual attractions appear to be much more fluid that we thought hitherto, and powerful cultural and social changes are likely to be influencing patterns of self-identification”.

“Scepticism of the binary concept of gender”

Olof Edsinger, a Swedish theologian that leads the Evangelical Alliance in his country, has described the growth of queer movement in Scandinavian countries before.

“The postmodern philosophy in general, and the trans and queer movements in particular, have paved the way for this”, analyses Edsinger. “Queer theory talks about our identity and sexuality as fluid, whereas the trans movement has a ‘metaphysical’ definition of sex and gender – disjointed from the biological reality of the person”.

As these ideologies gain influence in culture, “it is only logical that people want to change or broaden their self-identification”.

The “promotion” of LGBT identities as something “cool or interesting” for young people in the media, education, entertainment, etc.; has also been a key factor.

The “present scepticism of the binary concept of gender”, says Edsinger, will continue to “foster the idea of our biological sex as a problem to overcome rather than an asset in the building up of our own identity”.

This scenario will “increase unnecessary experimentation, including people having sexual relationships with both genders – even if they later on turn out to be heterosexual”.

In contrast, says the theologian, “Christianity keeps body, soul and spirit together in harmony, not letting the one be at war with the other”. In a context in which “so many people will be wounded and confused and filled with shame as a result of this trend, the Christian worldview is good news”.

Glynn Harrison has written the book “A Better Story: God, Sex and Human Flourishing” (2016), and published a summary of its main ideas here. Harrison is also one of the contributors of a free curricula on human sexuality from a Christian perspective offered by the Forum of Christian Leaders.

Olof Edsinger recently  analysed the impact of the queer movement in this article.

Further Christian persectives on the issue published on Evangelical Focus include “A Good News approach to Gender Issues” (a guide by the European Evangelical Alliance), “Gender: Where next?”  (Christopher Townsend) and “The Transgender Tsunami” (Claire and Rob Smith).

Published in: Evangelical Focus - life & tech - Why are so many Gen Z self-identifying as LGBT?