Euro 2020: stories about football and faith

We’re collecting stories about the football tournament from a Christian perspective. The faith of some Swiss players, David Alaba and Austria, Olivier Giroud, the origins of English football... 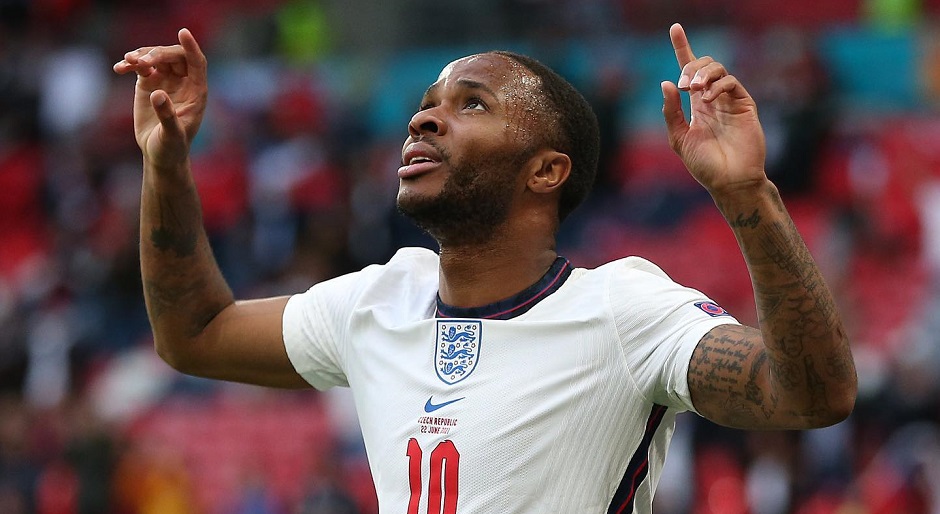 Raheem Sterling celebrates a goal in the match against the Czech Republic in the Euro 2020, in June 2021. / Photo: Instagram Raheem Sterling.

As millions around Europe and the world follow the European football competition, we collect some interesting stories that have links to the Christian faith.

The expectations are high in England after the national team was able to beat Germany in the round of 16 (2-0). One of the most celebrated players in the London Wembley stadium was Raheem Sterling, author of the first goal.

The offensive midfielder has proved to be the most important player of the English squad so far, scoring 2 more goals in the group phase.

Sterling is 26 years old and has won 3 English Premier Leagues with Manchester City. When he started playing in the highest competition (with Liverpool FC) with 18, Sterling explained how the influence of her mother was key to his understanding of the Christian faith. “My mum is a big help, a big influence in that. Faith is an important thing for me”.

“I pray at home the day and night before. I pray most days, I try to anyway. It is one of those things where I need to get into the routine”, he added back then.

In the last years, he has been at the centre of some controversies and under a close coverage of tabloids. He has been vocal against racism and poverty, sharing about his own experience of having his father murdered when he was only 2 years old.

On the football pitch, he thanks God raising his hands to the sky and uses the #stayblessed hashtag in some of his social media posts. 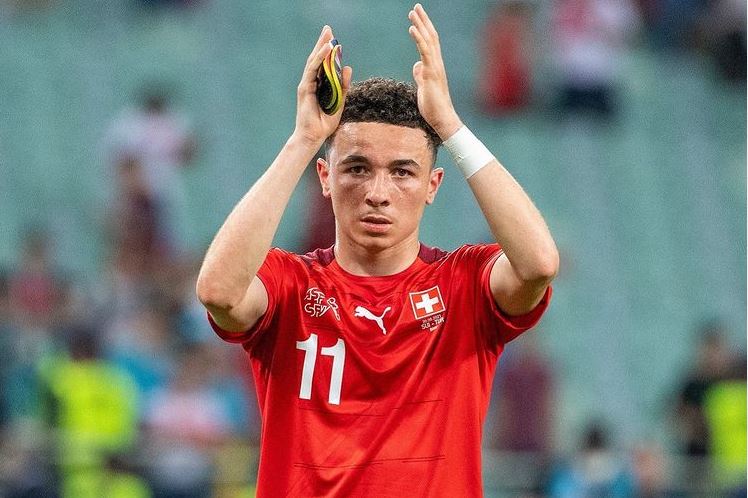 Rubén Vargas, after defeating Turkey in the final game of the Euro 2020 group stage. / Instragram @iamrubenvargas

France, the world champions and big favourites of the Euro 2020, are out of the tournament after a thriller game against Switzerland, who beat the bleus in the penalty shootout (3-3 and 5-4).

There are several Swiss players who have publicly spoken about their faith. One of them is midfielder Rubén Vargas, who scored the 4th penalty against France. He signs all his Instagram posts with #conDiosdelante, in Spanish: “With God before me” (his father is from the Dominican Republic).

In an interview with a Swiss newspaper, he explains why many see in him a humble approach to his football career: “I was raised in that I remain with the feet on the ground even in the good times. This will be with me for my whole life”.

Jeff Fountain writes about the origins of football in Medieval times, the rules of the 19th century, and the big differences with the 'sports' of the Roman empire.

“Believe it or not, British football itself was shaped in the 19th century by a movement called ‘Muscular Christianity’ encouraging the game for its social and physical benefits. And to win young men for the church”.

“Hymns like Abide with Me, Swing low sweet chariot and When the saints go marching in are still a traditional part of the British football scene”.

Fountain concludes: “Football, like many other parts of European life, has been shaped by gospel truth more than we realise”.

For the first time in their history, Austria are into the knockout stage at a EURO @oefb1904 | #EURO2020 pic.twitter.com/zXnGfrZPRw

For the first time in its history, Austria has qualified for the last 16 of the Euro, after beating Ukraine 0-1.

Two of its players, Louis Schaub and David Alaba, often speak about their faith publicly.

The midfielder and attacker Louis Schaub, who has scored six goals in 21 international matches, has already played in three German-speaking countries; after Rapid Wien and 1. FC Köln as well as HSV, Schaub now plays for FC Luzern.

He was asked about his motto in life, and quoted Psalm 18, verse 30: “With my God I can jump over walls”.

But the most famous Austrian player at the Euro is its captain David Alaba. He was the MVP in the victory against Macedonia.

The new Real Madrid star with Nigerian, Filipino and Austrian roots regularly expresses his Christian faith. Last year during the celebration of the Champions League title with the FC Bayern München, he took his team’s tricot off and put on a white shirt with the message “My strength lies in Jesus” written in big black letters.

Among other things, the 83-time international (14 goals) also posted a video on social media in which he read from Psalm 23 and then invited people to look for God and walk with him. 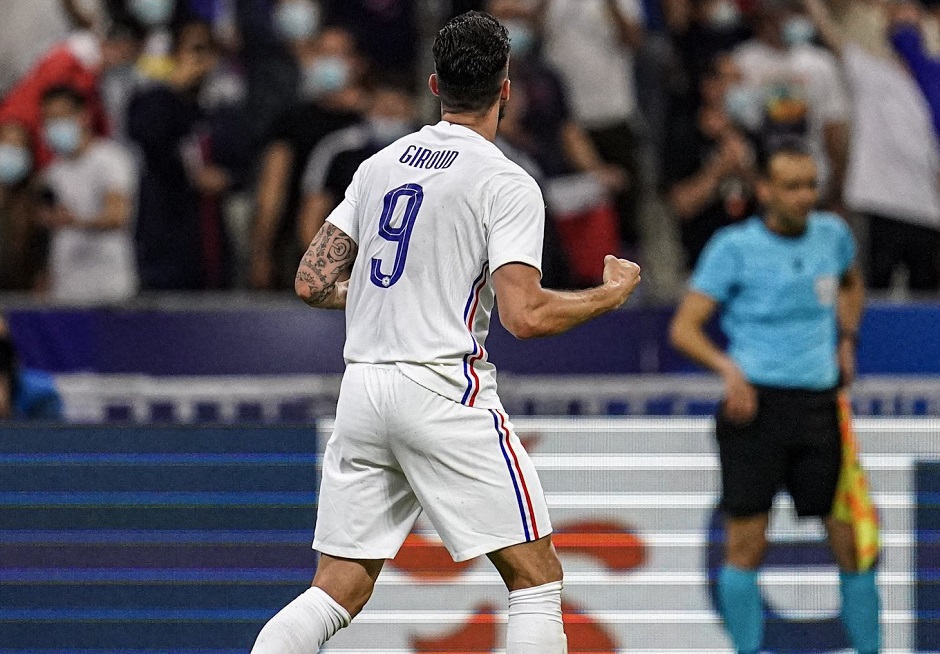 Olivier Giroud is one of the Euro 2020 players that has been most vocal about his Christian faith. His team, France, is one of the favourites to win the championship, alongside Germany, Italy and Belgium.

Days before the start of the competition, Giroud said: “Faith helps me relativise things. Knowing how to forgive is something that calms me down, it gives me a lot of serenity”.

With 46 goals so far, Olivier is the second best goal scorer in the history of the French national team, only behind the retired player Thierry Henry.

Giroud is a member of an evangelical church in London, has been involved with the evangelistic Alpha Courses, and has been advocating for persecuted Christians.

“Every time I read the words of the Bible, it makes me feel grateful about everything that has happened to me”, he said a couple years ago.

Modern football was invented in England, and the nation is present in the Euro 2020 – alongside Wales and Scotland, also from the United Kingdom.

Did you know one third of all teams that have ever been in the Premier League (the highest competition in England) were started by churches? This includes major clubs such as Manchester City, Liverpool and Tottenham.

This is what Gavin Calver of the Evangelical Alliance United Kingdom shares in an article in which he also underlines the ugly side of elite football. “Research from academics at Lancaster university found that the number of reported cases of domestic abuse rose by 38 per cent when England lost. Racist abuse towards footballers too is utterly unacceptable. Racism has no place in football or indeed in wider society. Betting is also a serious problem that needs to be acknowledged and dealt with robustly”.

Calver concludes: “I hope and pray that these issues won’t emerge this summer and that people will be able enjoy this beautiful game without suffering from some of the uglier aspects of the industry”.

Switzerland has probably the most Christian national anthem of the Euro 2020.

Before every game, players sing (or at least listen respectfully) to the “Swiss Psalm”. It was composed in 1841 by Alberich Zwyssig and includes phrases such as:

For years, in the increasingly secularised Switzerland, many have asked to “update” the hymn and remove the references to God (something that some are asking about the constitution as well).

Through an official competition, alternative lyrics omitting the word “God” were proposed in 2015, but the national parliament does not seem to be in a hurry to open the controversial debate about changing this central identity element. 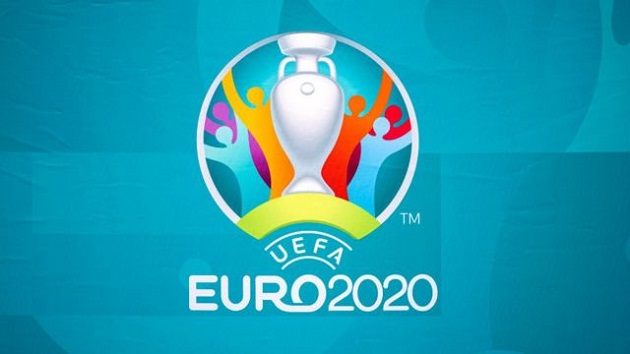