Australian athlete wins silver medal in the women's high jump Olympic final. “I decided to pursue God over sport. Whatever comes from sport is a bonus”. 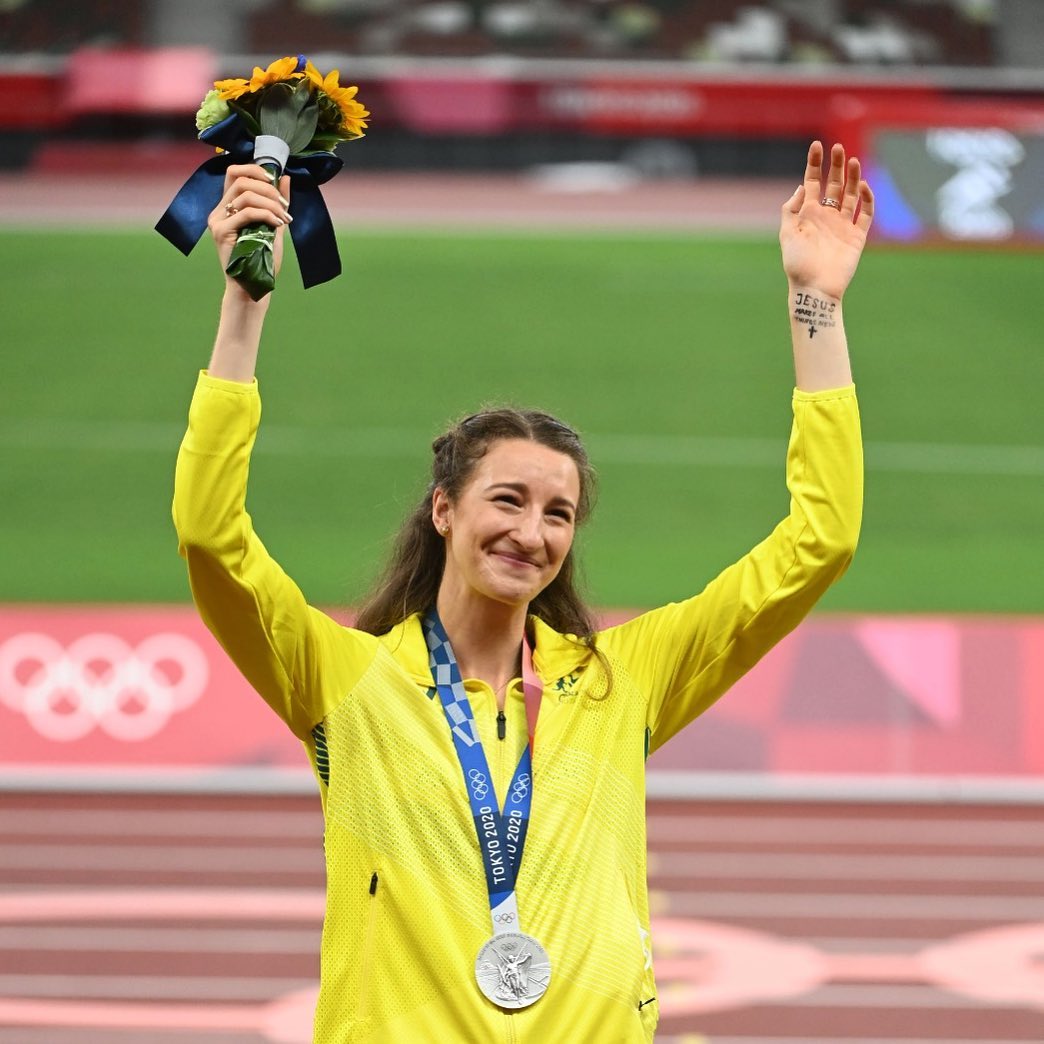 Australian Nicola McDermott won silver in the women's high jump, setting a national record of 2.02 metres in the Olympic final in Tokyo.

She has set new national records three times this year. The last two times she has broken her own record.

McDermott could not clear 2.04m with her three attempts, the height achieved by gold medallist Mariya Lasitskene of the Russian Olympic Committee team. Ukrainian Yaroslava Mahuchikh was the bronze medallist with a clearance of 2.00m.

“The 2.04m jump I gave myself a 10 out 10 for that jump, the execution. I felt the clearance in the air but just the lack of experience for the timing meant that it just didn’t happen today but to come second to a three-time world champion I can’t complain I am so thankful”, said the Australian athlete after he performance.

Whenever she jumps, McDermott writes a biblical reference on her wrist. On Saturday night it read: “Jesus makes all things new”.

“I know God has been with me every single training session, and I am carrying a message bigger than myself. It just gave the freedom not to think about the past and focus on what I needed to do”, pointed out the Australian jumper.

She always carries a notebook where she records her thoughts after each jump. In the Olympic final, she also jotted down her ratings on a spare shirt. 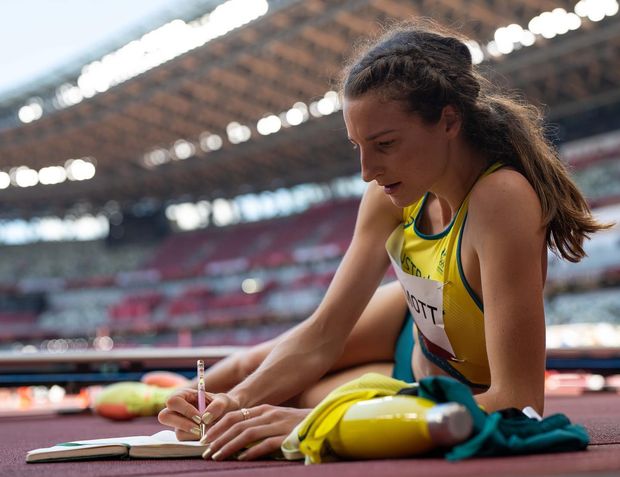 McDermott carries a notebook where she records her thoughts after each jump. / Facebook Nicola McDermott.

“My dream is that people would hear a message of faith”

McDermott stressed that she was “so thankful the Olympics went ahead. I think the world needed to have some inspiration at the moment”.

“Every single time I saw an empty stadium I just reminded myself that one day those stadiums will be filled. My dream is that it wouldn’t just be for sporting performances, but maybe people would hear a message of faith and a gospel that will really inspire them”, she added.

“That has been my drive. Those empty seats almost inspired even more than when there is a full stadium”.

“I decided to pursue God over sport”

The Australian jumper has always ben very outspoken about her faith. “As a teenager, I was always an outcast, and I got welcomed into a faith community that loved me. Encountering God’s love changed the way I thought of myself and it gave me passion and purpose to use it”, she recalled.

“In 2017 was my big moment when it flicked the switch, and I decided to pursue God over sport. Whatever comes from sport is a bonus, but I am already complete and perfect and loved as a person regardless of it”.

According to McDermott, “that just allowed me to soar over every high jump bar and not be scared anymore because I am loved, and that is the most important thing”.

She, along with other Christian athletes, created Everlasting crowns, a ministry that aims “to see fellow athletes transformed by Jesus’s perfect love, planted in churches and brought out to be a blessing to every place they were sent”.