“Pornography is a factory of prostitution consumers”

Christian experts agree that education is key to fight pornography. “Talks and preachings about sexuality are necessary in our churches” to help “parents to educate their children biblically”. 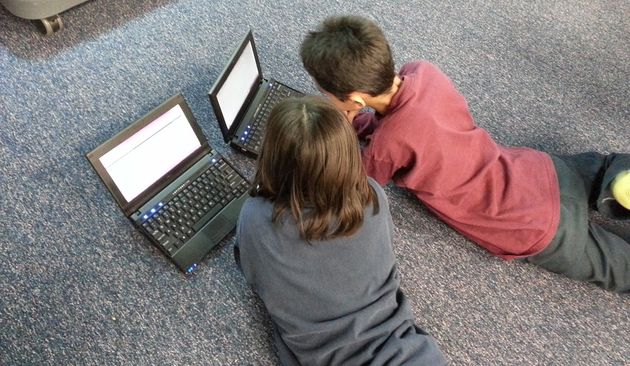 We live in a ‘pornified’ culture, which brings consequences to our society at every level.

Access to pornography is fast and easy. According to a report of the Internet Watch Foundation, “four out of five websites sharing child pornography are hosted in Europe”.

Although in some countries, like the UK, age verification to access pornography websites will be mandatory after July 15, the age of first access to this kind of content has dropped significantly in the Western wold.

The report “New Pornography and the changes in interpersonal relationships”, shows that the average age for boys to start to consume pornography is 14, 16 for girls. However, it also says that some children are starting at 8.

“When I started studying Education in college, many saw the use of pornography as a good thing. They saw it as just another way to explore human sexuality, as a liberation that had to be normalised and accepted as part of human development”, explains theologian and pastor of the Protestant Church of Salou (Spai), Josué García.

Christians were one of the few voices that “condemned pornography as something that distorts the right and wonderful use that God gave us of sex, and that promoted improper behavior, especially towards women”.

“So it has been a surprise that, in the last four or five years, psychologists and educators are denouncing the use of pornography in young people because it distorts human sexuality”, he says.

Members of the Public Administration, some have also begun to rise their voices against the idea that pornography could be beneficial.

“It must be regulated, especially for minors, and it is symptomatic that this type of content, mostly consumed through the Internet, is based on violence and aggressions against women”, the recently elected and youngest member of  the Parliament of Spain, Andrea Fernández, pointed out in an interview with newspaper El Español.

“MENTAL HEALTH OF THE MINOR WILL BE AFFECTED”

The fall of the age of onset to consume pornography affects consumers and the society at all levels. 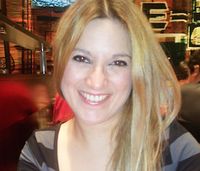 Silvia Villares, a psychologist expert in cases of sexualabuse, points out that at those ages the personality of the child is being formed and “when contents that will damage sensitivity and interfere in the growth and development of a healthy mind, are introduced, the health of the minor will be afected”.

“When minors have access to certain images, their personality is not ready, and they will only harm themself and others”, she adds.

For Villares, the control over pornography is a matter of common sense: “Why would I let a child out into the world of internet alone if I don't even let them out to the street on their own?”

“STRONGEST SOCIETIES ARE THOSE THAT HAVE MORE STABLE FAMILIES”

At a theological level, Garcia says that the Bible “assumes that children and grandchildren should not be allowed to develop these behaviours”.

The pastor uses Easter as an example. God's people “not only had to convey what Easter meant, but to encourage each member of the family to make that act of liberation and redemption as something of their own”.

“The Bible insists, not only on transmitting knowledge and norms, but in favoring that the following generations make their history, their identity and the way in which they conduct themselves in total love to God, as their own”, he says.

This also will affect the whole of society. “The strongest societies are those that have more stable families”, Garcia stesses.

“PORNOGRAPHY IS A FACTORY OF PROSTITUTION CONSUMERS”

“Letting a child to see pornography is child sexual abuse. It is a factory of prostitution consumers”, Pérez says. According to the sexologist, “it is so accessible and free because it is the precursor to prostitution”.

“I a boy has been consuming pornography since he was 8 years old, he will want to repeat what he has seen when he is with a woman, because he has understood that that is sex. If the girl does not respond, he will look where to pay to consume what he wants”, Pérez explains.

She warns that “the pornographic industry is not about pleasure, but about buying and selling women. The only thing that matters is money, so we have a serious social problem”.

Most of the population has access to a device with Internet access. That reality has impacted all areas of society, including sex and pornography. 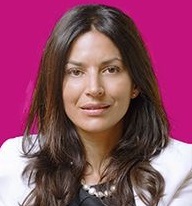 “The fact that parents understand that it is easy to give children a phone or a tablet to entertain them, so that they do not bother us, shows that real parental control is needed”, Villares points out.

She stresses that “we all have the responsibility to learn and ask for help to understand that education also has to do with the management of technologies and puting limits”.

“There can be many harmful consequences for the integral development of the child, like depriving them from developing their creativity, learning to tolerate frustration”, Villares says, because the “screens are the fast gratification here and now”.

Children will also have less “space and time to do other activities and be involved in other areas, to know how to wait, and even to get bored”, she adds.

However, technological parental control ise not the only option that should be considered.

Silvia Pérez focuses on education: “Educating in sexuality in these ages means talking about something much broader, such as the need to love and care for their bodies, to respect other people, to prevent abuse, and understanding that boys and girls have the same value”.

A CHALLENGE FOR CHURCHES

Within the evangelical Christian sphere, the issue of pornography is not new. However, it remains a challenge for the churches.

“The work of churches is mainly to encourage parents to educate their children biblically, and encourage children to listen to their parents”, says Garcia.

He points out that “when boys and girls become adolescents, it is good that the church and the youth ministry reinforce the parental teachings, since at this age they have a natural rejection of what they have learned, and they seem to listen more to any other person”.

According to García, “We must encourage those who are struggling with pornography, to find all the necessary resourcet. From specific ministries on sexual behaviors, mentors, psychologists or support groups, although in our country this is somtimes difficult because of the shame factor”.

“At the end, the main thing is to have a real passion for God and pass it on to the next generation and thus encourage them to please God forever and not their own temporary sexual desires”, he concludes.

Published in: Evangelical Focus - life & tech - “Pornography is a factory of prostitution consumers”