Some of us, like Churchill and Isaac, may have a defining period in our lives, which leaves everything else in the shade. 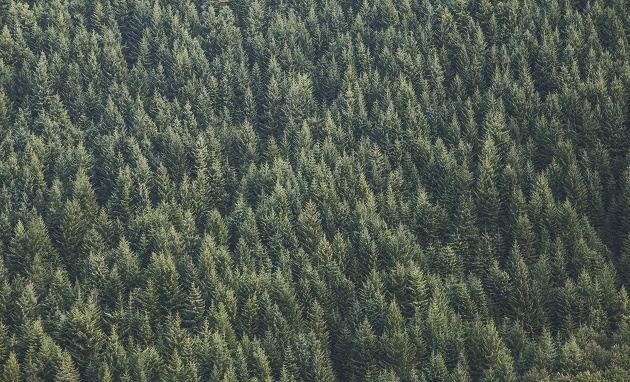 In 2002 the BBC conducted a television poll to determine the greatest Briton of all time. The viewers voted for Sir Winston Churchill - an interesting choice, because what prompted most people to vote for him was one five-year period in his life, from age 65 to 70. Although born into a highly privileged family, his parliamentary career prior to becoming Prime Minister in 1940 was a mixture of success and failure; for most of the 1930s he was in the political wilderness; he lost the 1945 General Election by a landslide, returned six years later as Prime Minister, but delayed retiring until he was 80 years old; and throughout his life he fought what he called ‘the black dog’ of depression.

What everybody remembers Winston Churchill for is that one five-year period of his life when he led Britain to hold out, against all the odds, against Hitler’s Germany, and ultimately to victory in World War 2, with a lot of help from his friends. Did he know that the defining period in his life would not begin until he was 65 years old? Almost certainly not. But his life experiences up to that point had prepared him for it.

Isaac lived exactly twice as long as Winston Churchill: 180 years. He did not lead his people or his family in a wartime situation – in fact, the events recorded in Genesis 26 with Abimelech and the Philistines show him to be a peace-loving man who walked away from conflict. But he too, like Churchill, had one defining period in his life – though his lasted not five years, but probably less than an hour. For out of all that happened of his long life, when the writer to the Hebrews wanted to highlight his faith, he chose one apparently small incident: By faith Isaac blessed Jacob and Esau in regard to their future (Hebrews 11:20). That’s all.

You can read about the blessing in Genesis 27. It’s a favourite Sunday School story – in fact, the story of the interactions between father Isaac and his twin sons Jacob and Esau is so fascinating, it is surprising that Andrew Lloyd Webber has not turned it into a musical. Esau was (fractionally) the older of the two, so he would normally have inherited the blessing of the firstborn. But Jacob, at his mother’s prompting, went in to his father and pretended to be Esau, wearing his brother’s clothes and covering his smooth skin with goatskin to make it hairy like his brother’s.

Isaac, who by that time was elderly and virtually blind, clearly had some misgivings. “The voice is the voice of Jacob, but the hands are the hands of Esau. Are you really my son Esau?” he asked. Jacob replied, “I am.” So Isaac gave him the blessing. But a few minutes later Esau turned up, only to find he had been cheated out of his blessing. When Isaac realised what had happened, he trembled violently, shocked that his own son could have acted so deceitfully. So where was the faith that the writer to the Hebrews speaks about?

To answer that question, we need to go back to the time when Isaac’s wife Rebecca was pregnant with the twins. She was so perturbed by the jostling within her abdomen that she went to inquire of the Lord what was going on. He told her, Two nations are in your womb, … and the older will serve the younger (Genesis 25:23). Undoubtedly she shared this to her husband. So although Isaac had misgivings whether it really was Esau who was asking for the blessing of the firstborn, maybe that word from all those years earlier came back into his mind; then he reasoned that, even if it is Jacob, this is what the Lord originally promised. Thus his faith in the Lord’s word prompted him to go ahead with the blessing, even though he was not entirely sure what was happening, and only found out a little later. That is faith.

Some of us, like Churchill and Isaac, may have a defining period in our lives, which leaves everything else in the shade. It begins with that moment spoken of by Brutus in Shakespeare’s Julius Caesar:

There is a tide in the affairs of men

Which, taken at the flood, leads on to fortune;

Omitted, all the voyage of their life

Is bound in shallows and in miseries.

The problem is, we don't know when such a moment will come. However, now is the time to prepare ourselves for it, just as Churchill and Isaac had prepared their lives.

Therefore Jesus warns us, Keep watch, because you do not know the day or the hour. … The master will come on a day when his servant does not expect him (Matthew 25:13, 24:51). Those words refer primarily to his second coming to earth. But most events in the Bible are prefigured by similar events in advance of them; and that glorious second coming is prefigured by our master, Jesus, coming to us, at a time that we do not expect – maybe soon, maybe many years away – and inviting us to step up to the plate for a defining period in our life. Have we begun to prepare ourselves for this? Will we be ready?