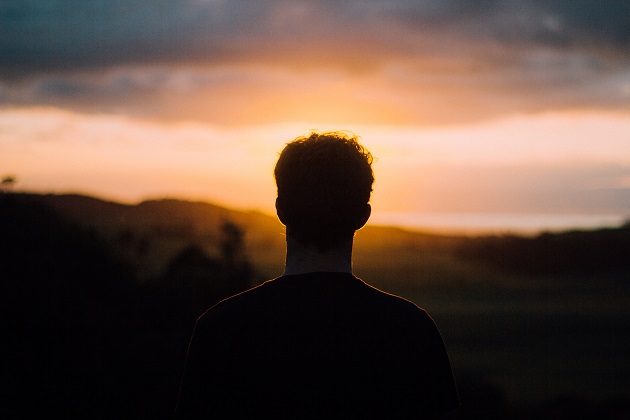 Moses was a man with a vision. As he grew up in the powerful Egyptian court, the realisation increasingly dawned on him that he was different from the people around him. It wasn’t a physical difference – for even today if you took at Jews and Egyptians, physically there is not a lot of difference between them. His difference was first of all ethnical. He was not pure Egyptian; he was a Hebrew, even though he looked, dressed and spoke like an Egyptian.

I lived in Belgium for 25 years, and I never tried to be a Belgian. I was conscious that I was part of the expatriate community there, although I was able to participate in some aspects of Belgian society. However, there were foreigners who wanted to integrate totally into the Belgian way of life. I think of our next door neighbour, English, married to a Belgian man, spoke French all the time, had Belgian friends, even did the French crossword in the newspaper. Yet I observed some Belgians looking at people like her and saying to themselves, ‘They’re not really one of us.’

You see it in the Bible too: Uriah, the man who David had killed so that he could marry his wife, was clearly highly integrated into Jewish society: he even fought in the army. Yet he was still always referred to as “Uriah the Hittite”, a foreigner.

Ethnic identity is so strong, but Christ calls us to break down ethnic barriers. “Our true citizenship is in heaven” (Philippians 3:20). “In Christ Jesus we are all one; there is neither Jew nor Greek” (Galatians 3:28). Ethnic identity is intended to be subservient to our identity in Christ.

Moses’ growing realisation was based on much more than ethnic difference. Hebrews 11:25 tells us, “He chose to be ill-treated with the people of God rather than to enjoy the pleasures of sin for a short time.” In other words, he became aware that Egyptian society was fundamentally flawed and that God was working out his purposes through a people other than the Egyptians, a people to whom he really belonged.

The flaws in Egyptian society were most evident to him in the way that the Egyptians were treating their Hebrew slaves. So he decided to start doing something about it. “One day, after he had grown up, he went out to where his own people were and watched them at their hard labour. He saw an Egyptian beating a Hebrew, one of his own people. Glancing this way and that and seeing no-one, he killed the Egyptian and hid him in the sand” (Exodus 2:11-12).

‘Surely this is the beginning of me delivering my people from their slavery and putting right the injustices that they are suffering!’ he thought to himself. So, “The next day he went out and saw two Hebrews fighting. He asked the one in the wrong, ‘Why are you hitting your fellow Hebrew?’” (Exodus 2:13). However, his own people did not quite see he his role as he did, and he received the curt reply, “Who made you ruler and judge over us? Are you thinking of killing me as you killed the Egyptian?” (Exodus 2:14).

The end result was that he had to flee Egypt to avoid being killed by Pharaoh. The next 40 years he spent keeping sheep in the wilderness. Although his intentions had been so noble and in line with God’s purposes, his attempt to identify with his people and begin to deliver them from slavery had been an abject failure. Why?

We find the answer in a word given over 1,000 years later to another man in a position of power who faced a seemingly impossible task. That man was Zerubbabel, governor of Judah, and the task he faced was rebuilding the ruined temple of the Lord in Jerusalem. The word given to him came via the prophet Zechariah: “‘Not by might, nor by power, but by my Spirit,’ says the Lord Almighty” (Zechariah 4:6).

Like Zerubbabel, Moses saw clearly what God wanted, and saw that it was pretty impossible. But Moses went about it in his own way, in his own strength, using the power of his position, and so he managed only to kill a man and get himself a bad reputation with both the Egyptians and the Hebrews. Jesus told us, “The Spirit [that same Spirit who Zechariah spoke about to Zerubbabel] gives life. The flesh counts for nothing. The words I have spoken to you are Spirit and they are life” (John 6:63). It is when we follow his words that we bring life into a situation and fulfil what he wants us to achieve.

This does not give us a mandate to remain inactive until a word from heaven drops into our laps. Times of waiting can be very important, as for the disciples in Acts 1, but there is a world of difference between their waiting with eager expectancy and waiting which is rooted in passivity. We are exhorted in Philippians 2:12-13 to “work out our salvation with fear and trembling” - that is our part - “for it is God who works in us to will and to act according to his good purpose” - that is his part, the Spirit at work in us.

After 40 years of character formation, humbling and learning all that he could about life in the desert, God was ready to rekindle the vision that he had originally given to Moses. It was a very different Moses who approached him in Exodus 3 with curiosity then fear, a Moses who had learnt that, as Hudson Taylor was fond of saying, God’s work done in God’s way never lacks God’s supply.

The Lord is the God of the second chance – and what an encouragement that is to those of us who feel we have messed up when trying to accomplish a vision that he has given to us!

Published in: Evangelical Focus - Faithful under Pressure - Moses – Not by might