+Q Salud has been conducting training and health care in the country for more than ten years. Now the NGO has reached an agreement with the local authorities to develop a program similar to the medical residency in Spain.

Photo from the last Congress of Medical and Health Sciences that the NGO, +Q Salud, held in Equatorial Guinea, in 2018, with hundreds of participants. / Jonatán Soriano, +Q Salud.

Specialists Health Training in Equatorial Guinea is advancing with the help of the Spanish evangelical NGO, +Q Salud (More than just Health). After more than ten years of providing training and healthcare in the country, the organization has reached a principle in agreement with the national authorities and with other medical institutions to develop a program similar to that of the MIR (medical residency) in Spain.

“The agreements are not yet fully finalized in writing, although they are at a very advanced stage. We would like to start in 2022, but it depends on some bureaucratic procedures that are beyond our control”.

“The entities with which we have pending to sign the collaboration agreement are the Ministry of Health and Social Welfare of Equatorial Guinea and the Spanish National Medical Association, which brings together all the Medical councils in Spain", the President of +Q Salud, Robert Memba, explained to Spanish news website Protestante Digital.

The aim, Memba points out, is to “implement a training program for Equatorial Guinean doctors in which they will obtain their training as specialist doctors within a period of 4 or 5 years”. This is very relevant since, according to the latest data published by the National Institute of Statistics of Equatorial Guinea, from 2019, the students of the Faculty of Health Sciences represented almost 48% of the total graduates in the 2017-2018 academic year at the National University of Equatorial Guinea (UNGE).

The NGO states that the Specialists Health Training project "is aimed at all UNGE graduates in Medicine”. “The main requirement is to have received medical training in Equatorial Guinea. Approximately 500 graduates in general medicine trained here will benefit”, says Memba, while pointing out that, so far, less than 10% of the graduates in Medicine from the UNGE have had the option of specializing in other countries. Especially in Cuba, as a result of the bilateral agreement that both countries signed in 2013 to collaborate in education and health. 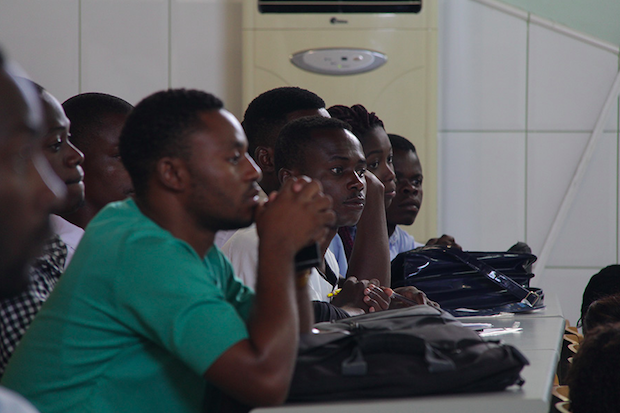 Students from the Faculty of Medical Sciences at the UNGE participating in +Q Salud training. / J. Soriano, +Q Salud

“The training will be carried out in a combined way, through residencies in Spanish and Guinean hospitals. The Guinean professionals responsible for their teaching have been trained and will continue to be trained to ensure the best possible training during rotations in Equatorial Guinea. The Spanish centres will place special emphasis on training adapted to the realities of Equatorial Guinea, the environment where they will have to work as specialists”, said the president of +Q Salud.

In addition to the relationship of understanding with the local authorities, the NGO has worked on “other important steps with Spanish health authorities” that “have made it possible to establish the necessary ties for this project to become a reality in the short and medium term”. The program will begin with pediatrics, with a limited number of resident doctors who will then increase as the training develops.

Following the agreement for Specialists Health Training, it has been a long journey that +Q Salud has traveled over the last decade through training and health care in Equatorial Guinea. “The actions that have most contributed to this have been the various congresses, scientific conferences organized by +Q Salud and the training grants that we have awarded to Equatorial Guinean health professionals”. These scholarships have allowed these professionals rotations for a limited time in different health centres in Spain.

The work of the NGO continues through the new project. “We believe that in the early phases of the project we must play a fundamental role in coordinating the entire implementation of the program. Due to our strategic position, knowledge of Equatorial Guinea, but also due to experience on the subject of specialists training, we have the key elements to be able to implement the project”, Memba points out. “However, the idea is that in the future the program should be led entirely by the Equatorial Guinean health and academic authorities”, he said.

The organization optimistically values ​​the possible impact of the medical residency program for the country. “We believe that the training of health human resources is the key to impact in a very significant way in a health system that is very deficient in all senses, which currently has levels below the minimum standards”, Memba remarked.

One more example of Christian witness in the history of medicine

Names such as Florence Nightingale highlight the constant influence of Christian witness in the history of the development of medicine and nursing.

+Q Salud joins that long list with the development of health specialization in a country that in 2015 had 110 native doctors for a population of more than 1.2 million people. 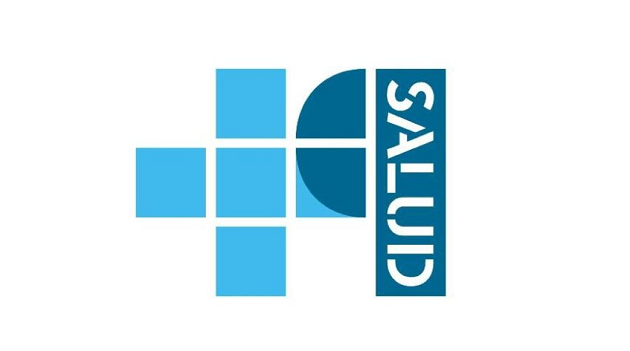 “Christian motivation is an inalienable part of our DNA. What motivated the beginning of this ministry and any action derived from it was to follow Jesus' example of love. Our desire is not only to have an impact that makes history in the health reality of Equatorial Guinea, but also to reflect the One who is behind all this, who is our driver, example and motivation. The One that gives meaning to every part of the Specialists Health Training program. If this is happening, we consider our calling fulfilled”, said the president of the NGO.

Memba also recognizes how “God has provided both financial and personal resources to carry out this ministry that began in 2007”. Asked about the needs of the new project, he explained that “it requires, above all, a very significant economic investment”, and encouraged people to visit the NGO's website and consider the possibility of contributing. “A grain of sand from many people could make a difference”, he said.