Three more churches closed in Algeria, but Christians are “not fearful”

Christians demonstrate in the streets of Tizi-Ouzou with singing and signs: “Stop the abuse of power”. 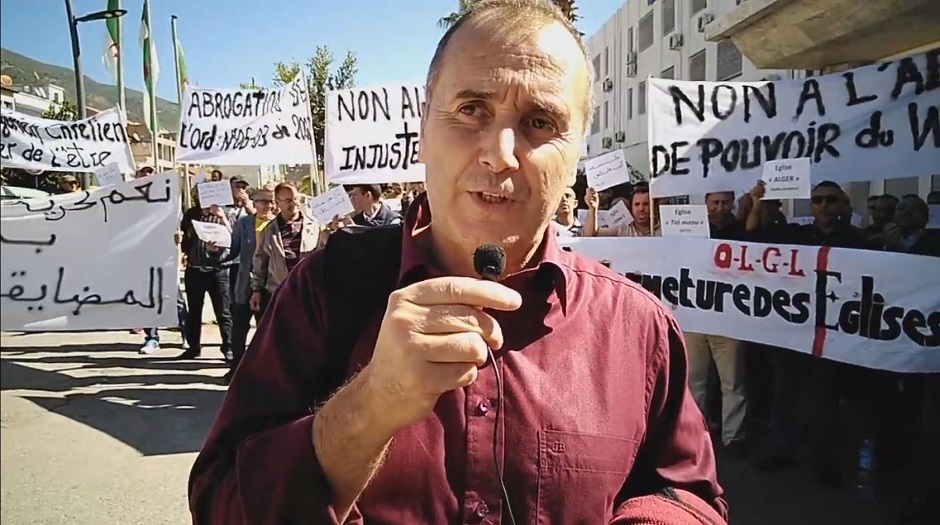 Algeria closed three more churches, after a court in the Oran area ordered it on 7 July. Now 16 worship places remain sealed in the region.

The governmental campaign to close churches started four years ago, and these three churches had been sealed by order of the Governor of Oran in 2017 and 2018, but then re-opened in 2018. According to the pro-religious freedom group Middle East Concern, the closed churches are the city church of Oran (L’Oratoire), the Ain Turk House of Hope and a church in El Ayaida.

Days earlier, Christians in Tizi-Ouzou protested on the streets. Holding signs with messages such as “No to the abuse of power” and “Stop the closure of churches”, some dozens of believers sang worship songs as Pastor Salah, the President of the Algerian Protestant Church (EPA) denounced the situation in a video shared on Youtube.

In February, Salah Chalah said in an interview with Evangelical Focus that Protestants felt “wronged in their constitutional right to worship in public and freely”. But the pressure of the government would not stop their spiritual life, he added: “We gather in houses or outdoors... just like the early church”.

Christians in Algeria have been suffering under a law that asked their communities to re-register with the national authorities. Church leaders have denounced their applications have been ignored, leaving them in a situation that has then be used by the authorities to ban their activities and close their buildings.

The World Evangelical Alliance has denounced this situation repeatedly, and the United Nations Human Rights Council has asked the Algerian government to explain their actions. The European Parliament also addressed the situation.

“The Algerian church is not fearful”

The recent demonstration is an example of how Christians in the country have not stopped fighting for their rights.

“The church in Algeria is not fearful, they are not feeling intimidated”, a source who is in close contact with Protestant leaders in the country told Evangelical Focus. Despite there sealed temples, “the reality is that the Algerian Christians are free in a Biblica sense, they can worship God, those who are not free are those who have not been able yet to meet God, and for those Argelians we pray in the first place”.

Published in: Evangelical Focus - world - Three more churches closed in Algeria, but Christians are “not fearful”