“We gather in houses or outdoors... just like the early church”

An interview with Salah Chalah, President of the Eglise Protestante d’Algérie. “2020 was a very difficult year for us Protestants, who have been deprived of our places of worship - until today”. 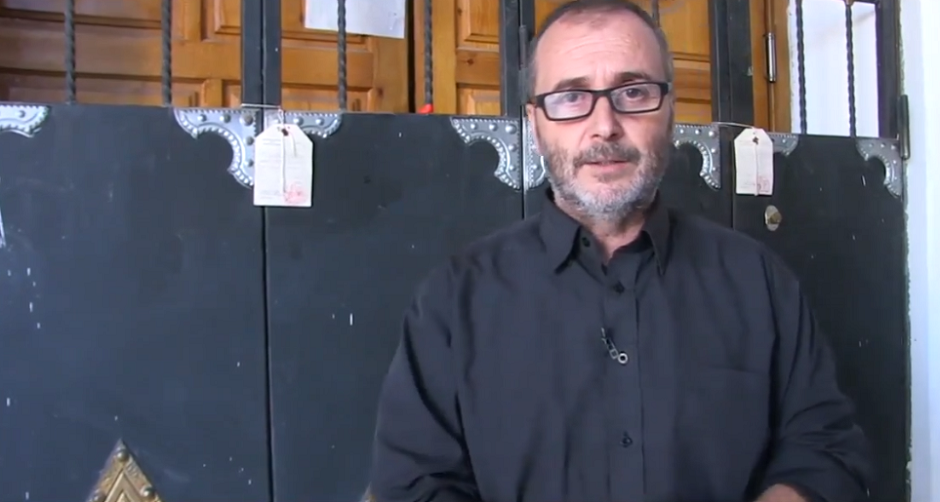 Protestants Christians in Algeria continue to gather in homes and open spaces as they wait for the government to respond to their calls to re-open closed worship places.

Among the Christian leaders in the country is Salah Chalah, pastor in Tizi-Ouzou of the biggest local Protestant church in the country, one of the 13 communities closed by the government in 2019.

Chalah is also the President of the Eglise Protestante d’Algérie (Protestant Church of Algeria, EPA), the representative body that has united churches in the country for decades and is a member organisation of the World Evangelical Alliance.

In answers to Evangelical Focus, Salah Chalah spoke about the reality on the ground and the hopes Algerian Christians have for the future.

Question. We have heard often that Algerian Christians emphasize that they are fully engaged with society. How do you pray for your country?

Answer. Indeed, we love our country and we regularly pray for its prosperity in all areas. Our country, like all countries in the world, is facing a socio-economic crisis as a result of this pandemic that persists.

Christians are aware of their duty to the country: fasting and praying for the economic recovery and for social peace, in accordance with the Lord's recommendation in his Word (2 Chronicles 7:14): “If my people, who are called by my name, will humble themselves and pray and seek my face and turn from their wicked ways, then I will hear from heaven, and I will forgive their sin and will heal their land”.

Q. How was the year 2020 for Protestant Christians in Algeria?

A. From October 2019 to today, Protestants in Algeria feel wronged in their constitutional right to worship in public and freely. 2020 was a very difficult year for us Protestants, who have been deprived of our places of worship - until today.

We have sent three letters of complaint to the President of the Republic, but so far there has been no response. What is difficult for us is the absence of the fraternal communion in our weekly prayer meetings, Bible studies and, especially, our times of common worship (the Saturday meeting).

What encourages us is to see that despite this situation, Christians organise themselves into small groups in houses for bcommunion. It also encourages us to see new conversions; and baptisms in rivers, at sea, in houses. We cannot stop the Spirit of the Lord, God continues to touch hearts.

Q. One of the latest cases in Algeria has been that of a Christian sentenced to 5 years of prison for sharing a cartoon about Muhammad on Facebook. What is your reaction?

A. According to my information, this is a story that goes back to 2018. We know that the Algerian law is intransigent in this kind of cases. We are praying to the Lord for the release of our brother Hamid, and for the authorities to use grace on his behalf.

Q. The government did not renew your EPA registration as an official organisation. What is your situation now as the body that unites Protestant churches? How are you acting in this situation?

A. I want to clarify that our association is still legal. If we were not legal, how to explain that I was invited as President of the Protestant Church of Algeria to attend the commemoration of the start of the Algerian revolution on 1 November, 2019? I was also invited to the inauguration of President Abdelmadjid Teboune in December 2019.

We are at peace despite this difficult situation. We mobilize more in prayer being convinced that all things will contribute to our good. This situation further united the Protestants. And our Catholic, Adventist, and Anglican brothers showed us their solidarity.

Salah Chalah, in a prayer campaign for Christians in Algeria.

Q. The United Nations Council of Human Rights, the European Union, the US Commission of Religious Freedom, the World Evangelical Alliance, Human Rights Watch… These and many other organizations have denounced the crackdown on Protestant churches. What else needs to be done on an international level so that the Algerian government changes its position and restores religious freedom for everyone?

A. The most important thing is that Christians all over the world continue to pray for us. The things that are being done internationally by all these organisations that you mention must continue.

Q. Have some of the Protestant churches since then been reopened?

Meanwhile, Protestants, including at my home in Tizi-Ouzou, gather in houses or outdoors... just like the early church.

Q. From a spiritual perspective, what has been encouraging in this time of governmental pressure?

A. Christians are more engaged in prayer and in small groups of homes. Solidarity among believers is more than evident thanks to these small gatherings. And we learn to get to know each other better, sharing our sorrows and joys more easily.

Q. Finally, what would you like to say in the name of Algerian Protestants to all other Christians around the world?

A. I would like to ask all Christians in the world to continue to pray for us, but I also want to reassure them that the flame of our faith is always lit. This situation allowed Algerians to learn that there are not only Algerian Christians, but also churches all over the Algerian territory.

Learn more about the vision and activities of the Protestant Church of Algeria (EPA) by following their Facebook site.

Published in: Evangelical Focus - world - “We gather in houses or outdoors... just like the early church”