Parents of abducted Nigerian students gather to pray for their release

The president of the Nigerian Baptist Convention hopes that “as we cry out to Almighty God, our students will be returned”. Several prayer meetings were organised across the country. 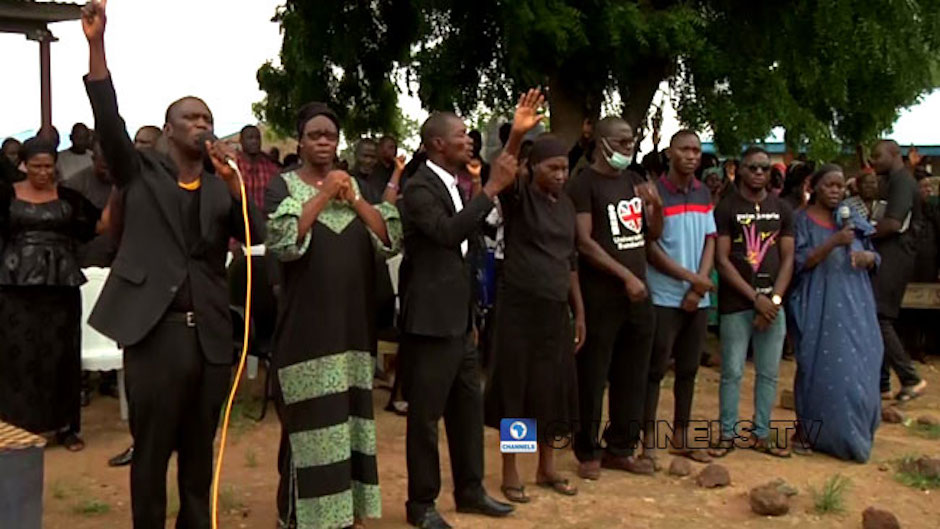 Parents of the abducted Bethel Baptist School students gathered to pray for their release. / Channels TV, screenshot from Youtube.

More than a week after a group of armed men abducted more than a hundred students of Bethel Baptist Secondary School in Kaduna State, Nigeria, little is known about their whereabouts and situation.

According to local media reports, all the kidnappers have so far demanded is supplies to feed the young people, but not a ransom. Specifically, the attackers are said to have asked the centre for 30 sacks of rice, 20 sacks of beans and 10 barrels of palm oil.

“I called on the Governor of Kaduna state to ensure that these students are released. he made a promise and I am trusting God that he will keep to his words in ensuring the release of this students”, explained Israel Akanji, president of the Nigerian Baptist Convention.

Since Monday 5 July, 121 students remained hostage. Initially, the police and the school's own sources spoke of 140 young people, but the local press reports that in the following hours some of them managed to escape.

Dozens of parents of the abducted students and other students of the school, together with leaders of the Nigerian evangelical community, gathered at the Bethel premises for a four-hour prayer meeting organised by the Kaduna Baptist Conference.

Several prayer meetings were also organised in all the Baptist churches in Nigeria and in other countries around the world. There was also a prayer time for them during the annual convention of the Baptist World Alliance, in which 127 countries participated.

“In terms of publicity (of the abduction), it is known all over Nigeria. Every state is aware and the Baptist World Alliance is also aware”, said Akanji.

After learning of the kidnapping, Baptist World Alliance general secretary and executive director Elijah Brown called it “the biggest tragedy to hit the Baptist community in Nigeria”.

Local Christian leaders now focus on conveying that the insecurity is unsustainable and that no matter what happens “we will not be intimidated. If the government was putting bandits on the run, they would not have the mind to be asking for food”, pointed out John Hayab, chairman of the Kaduna branch of the Association of Christians in Nigeria (CAN).

Akanji also recalled that “the Baptist denomination has provided education in Nigeria since 1855” and that different Baptist schools have trained presidents and well-known personalities in Nigerian society.

“This is the first time in 166 years that a Baptist school would be raided and the students kidnapped. It had never happened. So we believe in the strength of our history. By calling the Almighty God, our students shall be returned to us”, stressed the president of the Nigerian Baptist Convention.

And added: “Having called on God and our track record as a denomination providing education for this nation without ceasing for 166 years, our students should be brought back”.

More than 900 students abducted since December

Since December 2020 so far, between 950 and 1,000 students have been abducted in northern Nigerian states.

“Our government must be proactive in order to stop the insecurity in the country, to give Nigerians hope for the future. The National Assembly has approved money for the security agencies as a way of enhancing their operations in the country, but we are still waiting, we have not seen results”, the member of Parliament for Kaduna State, Umar Barde Yakubu, told Nigerian newspaper Punch.

In its Vulnerability Index, the Baptist World Alliance ranks Nigeria as the second most difficult country in the world to be a Baptist. In the African country alone, the denomination represents 13,300 churches and some 7 million people.

“Our concern is for Baptists, but not just Baptists”, said Elijah Brown, the organisation's general secretary and executive director. “We share the concern for all citizens in the country who may be struggling”, he underlined

Published in: Evangelical Focus - world - Parents of abducted Nigerian students gather to pray for their release