The agreement between religious minorities urges to “combat violence, extremism and hatred”. They are now suffering a campaign of insults and threats. 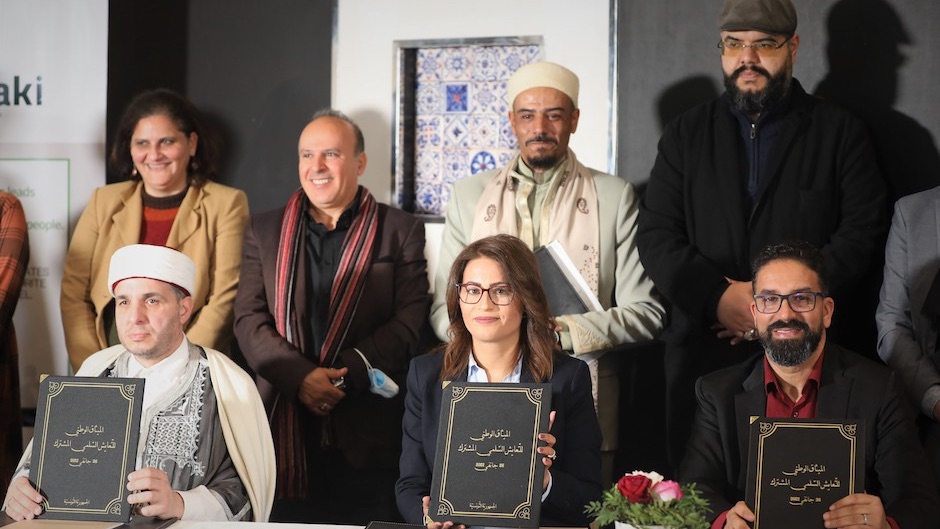 The development of religious freedom and interfaith coexistence continues to advance in Tunisia, even though the country has not recovered its political stability.

The country's parliament has been suspended by President Kais Saied since July 2021, and judicial proceedings against the Islamist Ennahda party have intensified in the last month.

In the midst of this political tension, some of the main religious denominations in the country have signed the first National Charter for Peaceful Coexistence.

The document has no legal obligations or consequences, but is monitored by the Ministry of Religious Affairs and “came as a result of working for 3 years, after a series of dialogue sessions”, said Basma Maria Baccari, Secretary General of the Attalaki association, which promoted the signing of the declaration.

“The religious symbols of all religions and sects are respected and it is not permissible to belittle or mock them. And places of worship were made for self-purification and to teach people the rulings of their religion, so it is not permissible in any way to harm their sanctity and turn them into a focus of political disputes or employ them in a partisan conflict”, pointed out the spokesman for the agreement, Karim Chniba.

For Chniba, this hate speech has seen a dangerous escalation in the country over the past decade, and that has led to a “rise in violent extremism from religious and intellectual currents”.

Evangelicals in Tunisia: “It is not possible to coexist in isolation from others”

Two leaders of the Evangelical Church in Tunisia, Kamal Ouled Fatma and Ahlam Arfaoui, took part in the signing of the agreement. They told Al-Ain News that “God is in his loving qualities, so it is not possible to coexist in isolation from others”.

“Christ taught us that we do not condemn so as not to be condemned, and we love even people who do not love us, so I was honored to participate and sign this agreement, which expresses unity within the framework of citizenship that embraces diversity”, said Fatma.

Evangelical representatives stressed that they “are Tunisian Christians, we are not coming from Europe or America, and we did not come in our religious dress to prove that we are similar to all Tunisians”.

The promoters of the agreement claim to have received insults and threats for signing / Y. Gaidi, courtesy of Attalaki.

“Religious freedom is a right guaranteed by most religions”

In addition to the Evangelical Church in Tunisia, the document was also signed by the representative of the Baha'i community Mohamed Ben Moussa, the rabbi of the Jewish synagogue in La Goulette, Daniel Cohen, the head of the Sufi Union, Hassan Bouabdallah, and the member of the Ahl al-Bayt Shiite Centre, Sheikh Ahmed Salman.

The agreement acknowledges that “the search for the truth and freedom of conscience, religion and the practice of religious rites is a right guaranteed by most religions, international treaties and national constitutions”.

That is why the signatories urge to “combat violence, extremism and hatred, starting with fatwas [answers given by a specialist in Islamic law that have a legal value for the Muslim community] and discourses that call for the exclusion of the other”.

A defamation campaign against minorities

The National Charter also rejects “any marginalisation of women” and calls for “an updating educational curricula that contributes to prepare young people to accept diversity, in order to protect them from the clutches extremism”.

The Attalaki association reports that the agreement “has aroused a great uproar” in society, and some sectors of the population “have responded to it with a campaign of insults and violent threats”.

Attalaki's Secretary General also confirms they have received “a large number of messages of threats and insults” from radical Muslim leaders, intellectuals and others, who claim that “Tunisia is a Muslim country and will remain so”.

“This is evidence of the extent of extremist ideology and hatred in the community and their lack of acceptance of those who are different from them”, they conclude.