The Cuban regime hopes to validate the “Code of Families” through popular approval. Churches have been active in proposing changes to the project. 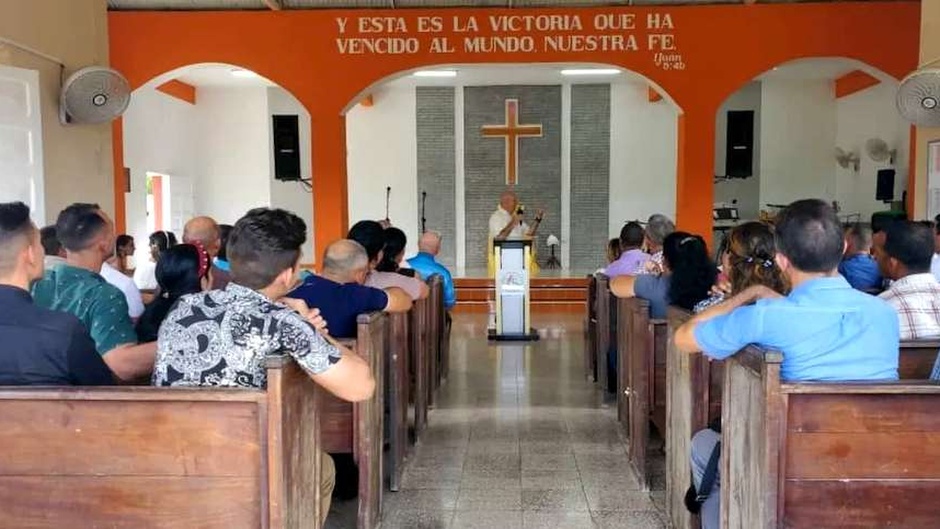 The Methodist Church called to a prayer chain for Cuba before the referendum on the controversial “Family Code”, which will be held on Sunday, 25 September.

Evangelical leaders of different church groups in the island are saying this Code of Families would “impose gender ideology in society and especially in the field of education”.

In a three-month process, the authorities received responses from civil society groups. Free churches were very active proposing changes. An evangelical pastor was even invited to a debate on the state television.

Christians have been active in the social media platform “A la escuela pero sin ideología de género” (“To school but without gender ideology”) which has over 13,000 members on Facebook. Thousands of signatures were collected to stop a law that sought to introduce this ideology in schools.

The coordinator of this online initiative in Cuba, Óscar Rivero, explained in May details about the process to pass the "Code of Families". “The draft law has more than 471 articles, a very dense law. It is classified into 2,283 paragraphs. In one meeting we had to go through them all and present our amendments. Once the meeting was over, the table introduced the proposals through an electronic system, so that they could be classified. The municipality passed them on to the province and finally, a national commission collects these proposals”.

The prayer chain proposed by the Methodist Church has been coordinated with other evangelical churches to make sure that on 23 and 24 September, the last two days before the referendum, all Christians of the island will be praying for the nation.

“I thank God for your enthusiasm and the varied ways in which you express your faith and faithfulness to the Gospel of the Lord Jesus Christ in these days”, said Bishop Ricardo Pereira Díaz of the Methodist Church in Cuba. He quoted from the Bible: “Confess your faults one to another, and pray for one another, that you may be healed. The effective prayer of a righteous man avails much. Elijah was a man subject to like passions as we are, and he prayed earnestly that it might not rain, and it did not rain on the earth for three years and six months” (James 5:16-17).

“Organise yourselves every half hour and let's cover Cuba with 24 hours of permanent prayer for the Church and our people. Let each pastor guide his membership to vote with serenity in the spaces indicated on the ballot to prevent their vote from being invalidated”.

“We are coordinating with other leaders of evangelical churches in Cuba to unite all Cuban evangelicals. May God sustain and keep you with His Holy Presence”, the press release concluded.

Response from believers on social media

Ahead of the vote, members of churches in Cuba said “anywhere in Cuba where there is a Christian, we will vote ‘no’ to a anti-human and corrupt project of this government that goes against true family ethics and Christian principles”.

Another social media user explained how to make sure the vote is valid and cannot be declared void.

Published in: Evangelical Focus - world - Evangelicals in Cuba pray ahead of the referendum that would “impose gender ideology”