Hundreds of Hong Kong worshippers attended church services on December 23 and 30 dressed in black, “to pray for both the persecuted and persecutors”. 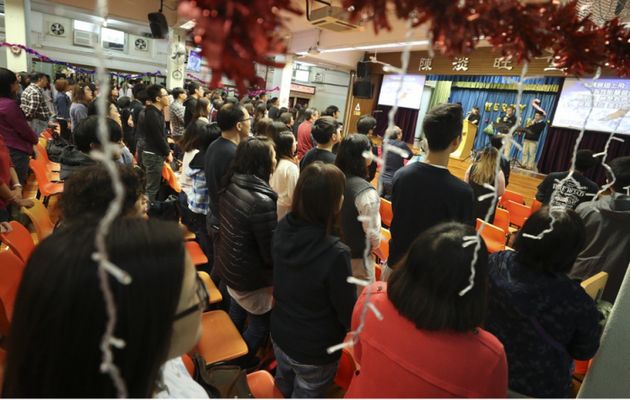 Hundreds of Hong Kong Protestants attended their church services on December 23 and 30 dressed in black, to show their solidarity with persecuted Christians in mainland China.

The idea of wearing mourning black spread online one week before the first Sunday, with the aim of raising awareness of the fate of many Protestant communities in China.

Other than wearing black, a colour used to commemorate the passion of Christ, organisers also called on believers to pray for both the “persecuted and persecutors”.

According to the organisers, at least 47,000 people were reached by the message on social media.

“WE WANT CHINESE CHRISTIANS TO KNOW WE STRONGLY SUPPORT THEM”

“Believers on the mainland are part of Christ’s body. When one part of the body is hurt, how can the others remain indifferent?”, said Phyllis Luk Fung-ping, co-founder of Mission Citizens, one of the organising groups.

According to Luk, they “wanted to let mainland Christians know that we have learned of what has happened and we strongly support them”.

However, she also stressed that “it would be too naive to believe our act can shake mainland authorities and bring immediate improvements”.

“Keeping the action away from politics might allow participants to persist for a longer period because in Hong Kong, it is conventional for churches to stay out of political issues”, she added.

FIVE CHRISTIANS GROUPS BEHIND THE INITIATIVE

Four of the five Christian groups were founded after Hong Kong’s 2014 Occupy movement, a civil disobedience campaign for greater democracy in the city.

The fifth group, Christians for Hong Kong, was established in 1987 by a set of believers who supported the city’s pro-democracy camp.

The gesture follows a crackdown by mainland authorities on three big unofficial Protestant Chinese churches: The Zion Church in Beijing, the Early Rain Covenant Church in Chengdu, and the Rongguili Church in Guangzhou.

Wang Yi, the pastor in Chengdu, and his wife, were arrested along with a hundred other members of the community on charges of "inciting subversion against state power". In reality they only wanted to worship outside state-controlled official communities.