Algeria: “They can close our temples, but they can never close the hearts that are receiving Christ”

Algerian Christians think the governmental campaign against Protestant churches will continue. But “the churches of Algeria have a very firm and mature leadership with a clear vision of God”. 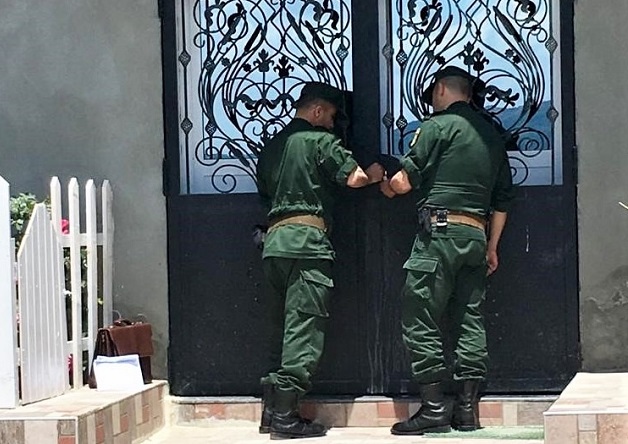 At least 8 evangelical churches have been closed in Algeria by the government since November 2017.

The last closure took place in September, when the authorities closed the Filadelfia Church of Boghni, whose building was used by two congregations, with a total number of 380 members.

The Algerian Protestant Church (Église Protestante d’Algérie, EPA), which integrates about 45 churches and approximately 50,000 believers, has repeatedly denounced the situation.

It has also asked the government to derogue the so-called Law 03/06, which asks worship places of faith minorities to have a special licence. Christians denounce authorities are not issuing such licenses, although most churches have presented the applications to regularise their status.

Furthermore, the law punishes evangelism, and any activity that could persuade Muslims to change their religion.

“The government has seen the growth of the churches, and the response of the people, they have seen that people are not afraid. They are closing churches gradually, trying not to draw very much attention”, Said Tamoud, an Algerian Christian living in Spain said in an interview with Spanish radio broadcaster Actualidad Evangélica.

According to Tamoud, “they want to keep just two or three churches open, so that they can pretend in front of the world that Algeria has religious freedom”. 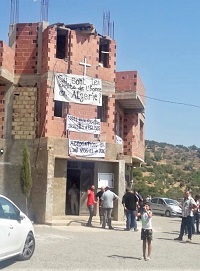 The political situation in Algeria continues to be difficult. The interim president of Algeria, Abdelkader Bensalah, recently announced that the presidential elections will be held on December 12.

Weekly mass demonstrations forced veteran President Abdelaziz Bouteflika to resign in April. Since then, Bensallah has acted as interim leader. Presidential polls originally planned for July 4 were postponed due to a lack of viable candidates.

After the announcement, Algerian protesters returned to the streets, demanding key regime figures to step down and an overhaul of political institutions before any polls, arguing “an election under the current framework would only reinforce the status quo”.

Tamoud explained that Protestant Christians have been asked “not to publish anything against the government on Facebook or any social media, but just pray, because the government wants Christians to pronounce in favor of the pro-independence party, and thus politicise the issue”.

“THEY CAN CLOSE OUR TEMPLES, BUT THEY WILL NEVER TAKE CHRIST FROM OUR HEARTS”

“But the churches of Algeria have a very, very firm, mature leadership with a clear vision of God's mission, and just pray for the policitians”, he added.

Tamoud stressed that “the church in Algeria today, understands that the times are the times of God, and that this time of conflict is a time to bow down to the Lord and seek God's help to face the persecution that may exist”.

“They can close places of worship, but not the church, because the church is the people. They can close our temples, but they can never close the hearts that are receiving Christ. Chairs, microphones may be taken from us, they will not give us visas, but they will never take Christ from our hearts”, he said.

Tamoud asked Christians worldwide “to pray for peace in the hearts of those Christians who may begin to be afraid”.

“Pray also for the Algerian authorities, that they may see that the problem is not the Christian church”.

He also aked to “pray for Algerian Christians, that they can understand that God has a purpose, and this persecution could become joy, and for the new believers that the Lord is rising in the country”.

At the beginning of 2019, Algerian Christians started a program of fasting and prayer (24hours and 7/7) “in favour of the blessing of our country, its socio-political stability, economic recovery and the good administration of its natural resources”, the EPA pointed out in an statement released last March.

The World Evangelical Alliance (WEA) also called on “the Algerian authorities to to suspend and revise the February 2006 ordinance and respond to the administrative requests from the EPA Council, namely requests related to the renewal of the EPA governing council”.

The evangelical body “deeply regrets” the closure of churches, and “ask for prayer for peace and prosperity for this country, as we urge them to uphold religious freedom”.

The WEA also denounced the situation of the Algerian evangelical churches at the last session of the United Nations Human Rights Council, celebrated in Geneva in September.

Published in: Evangelical Focus - world - Algeria: “They can close our temples, but they can never close the hearts that are receiving Christ”