“She was apparently killed by the Islamist terrorist organization JNIM", Swiss authorities said in a statement. Beatrice Stöckli had already been abducted and released in 2012. 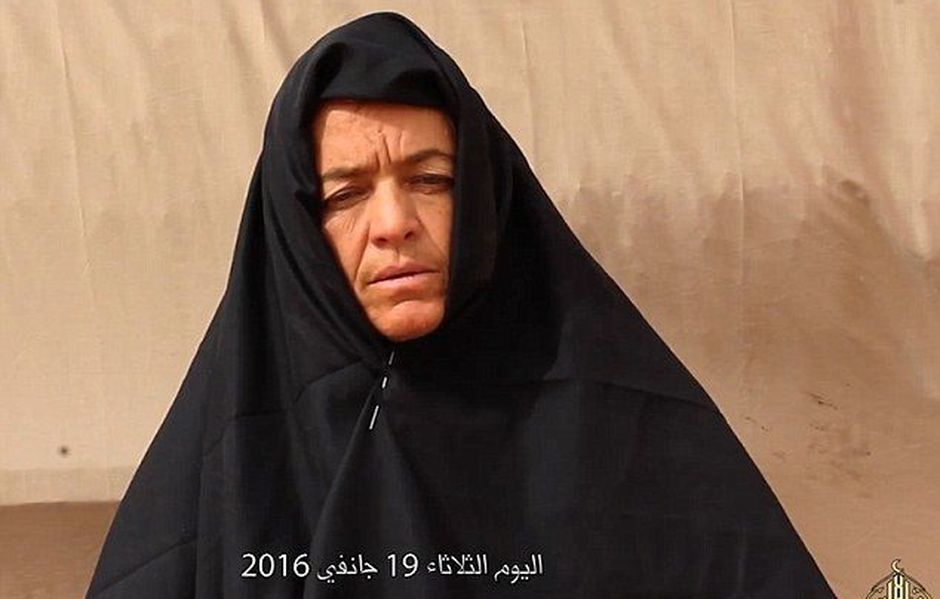 Swiss missionary Beatrice Stöckli in a video made by her jihadist captors.

Beatrice Stöckli, a Swiss evangelical missionary kidnapped four years ago in Mali, has been killed by her captors, according to the Swiss Federal Department of Foreign Affairs (FDFA).

“It was with great sadness that I learned of the death of our fellow citizen. I condemn this cruel act and express my deepest sympathy to the relatives”, Federal Councillor Ignazio Cassis said in a message shared on Twitter.

The FDFA was informed by the French authorities, after aid worker Sophie Pétronin, who was recently released along with a Malian opposition politician and two Italians, reported the death of her fellow hostage from Switzerland.

“Apparently killed by kidnappers of the Islamist terrorist organization JNIM”

“She was apparently killed by kidnappers of the Islamist terrorist organization Jama'at Nasr al-Islam wal Muslim (JNIM) about a month ago”, the FDFA pointed out in a statement.

JNIM is a Islamic terrorist militia, one of the cruelest fighting groups in the African Sahel. It is made up of remnants of the Al-Qaeda branch AQMI and the “Helpers of Islam” (Ansar al-Islam). Both have been fighting for years in Mali, Burkina Faso, Niger and Chad against Christians and westerns.

The FDA is “making every effort to find out more about the circumstances of the killing and the whereabouts of the remains. Switzerland will make every effort to preserve the remains of the Swiss hostage. To this end, the FDFA will also approach the transition government in Mali”.

The Swiss authorities “have worked over the past four years to ensure that she is released and can return to her family. Members of the Federal Council have personally and repeatedly lobbied the relevant Malian authorities for her release”.

A few years later she decided to work alone “teaching children to read and write, using fairy tales and children's stories and the passages of the Koran that talks about Jesus”, Swiss news website Livenet reports.

She was abducted for the first time in April 2012 by the jihadist group Ansar Dine. A neighboring mosque preacher denounced her as a missionary, so that the extremits dragged her into the desert, where Stöckli was tortured and threatened with her murder for the first time, to force her to deny Jesus and convert to Islam.

After nine days in captivity she was released, due to the mediation of the government of Burkina Faso, and Stöckli decided to come back to Timbuktu, to continue with her missionary job, despite the threats.

Four years ago “armed men knocked on her door, she opened, and they left with her”, Agence France-Presse informed in January 2016.

She was kidnapped again, along with the hostages from France, Italy and Mali recently freed. During the more than four years she was kidnapped, Stöckli allegedly appeared in several videos appealing to her government for her release and the freeing of AQMI jihadist fighters jailed in Mali.

According to the account of the freed hostages that were with her, extremits dragged Stöckli out into a gravel hollow in the stone desert and killed her.

Christian leaders have expressed their condolences. "We are in thoughts and prayers with the relatives of the missionary Beatrice Stöckli from Basel, who was killed in Mali", Peter Schneeberger, President of the Association of Free Churches of Switzerland, pointed out on Facebook.