Ducks in the Bible?

King Solomon’s table comprised fabulous and abundant arrays of delicious food, among which there were fattened ducks. 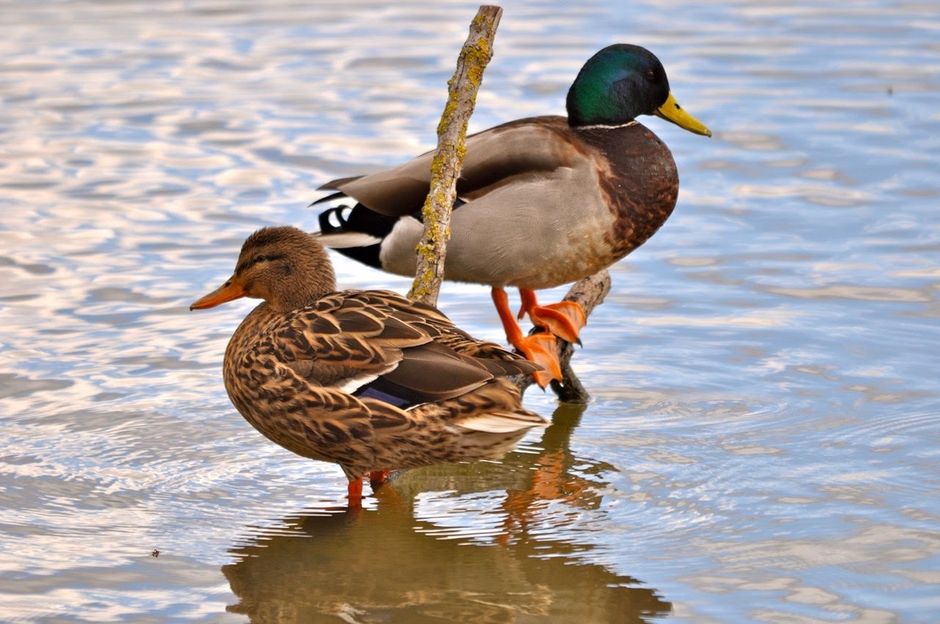 A couple of royal mallard ducks photographed on the Banks of the Sea of Galilee. It is the most common species of wild duck in Eurasia. Many different breeds of domesticated ducks derive from this ubiquitous species. / Antonio Cruz.

Solomon’s daily provisions were thirty of the finest flour and sixty cors of meal, 23 ten head of stall-fed cattle, twenty of pasture-fed cattle and a hundred sheep and goats, as well as deer, gazelles, roebucks and choice fowl. (1 Kings 4:22-23)

The word “duck”, referring to common waterfowl belonging to the mallard family, never appears in the Bible.

That said, some translators believe that the Hebrew terms barbur and barburim refer to the “choice fowl” or the fattened delicacies mentioned in the text quoted above and in Nehemiah 5:18.

King Solomon’s table and Artaxerxes’s banquets comprised fabulous and abundant arrays of delicious food, among which there were fattened ducks. This implies that these birds had already been domesticated by this time. 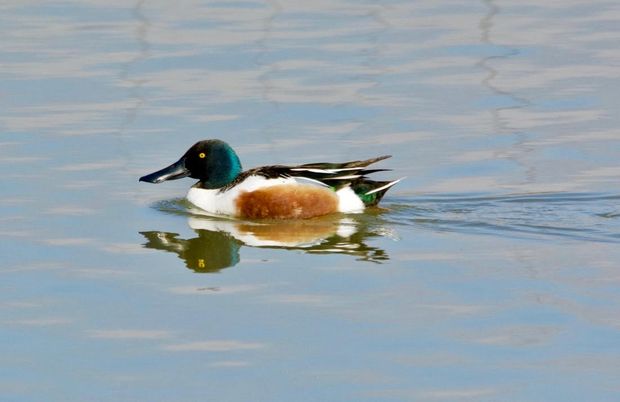 The common shoveler has a long, black shovel-shaped beak. It is common in Israel’s wetlands./ Antonio Cruz.

They also appear in Egyptian bas-reliefs and paintings, framed within hunting scenes, as these fowl were abundant on the banks of the Nile. Likewise, they were common on the banks of the Jordan, Lake Gennesaret, and the tributaries of the Sefelá, or the lowlands of Judea, which extended from the mountains of Israel to the coastal plains.

Certain Biblical prophecies such as Hosea 11:11 and Ezekiel 12:13 and 17:20 might suggest that these birds were caught in nets while they migrated to Israel from Egypt.

Ducks constitute a very large species of waterfowl, which are divided into subgroups of smaller and medium-sized specimens. Their main features are their webbed feet, ideal for swimming, and their short beaks, perfect for filtering water particles. 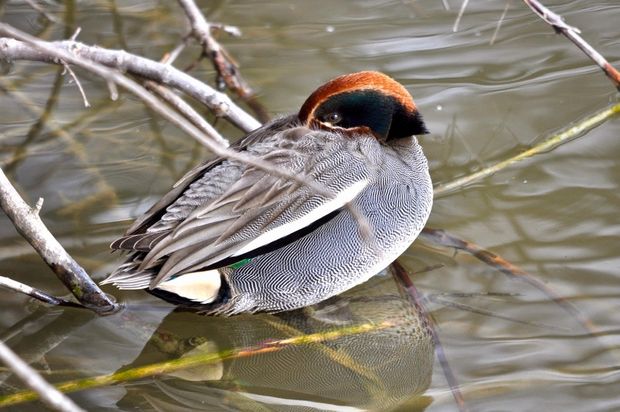 The common teal, like other ducks, tucks its head between its wings while sleeping. It is the smallest of all the swimming ducks, and fast and agile in flight. It can be seen in wetlands such as lake Hula (Israel). ./ Antonio Cruz.

Ducks can be both swimmers and divers, the former feeding on the ground on grains of cereals, insects, vegetation, although they can also filter food with their beak while swimming; the latter, by contrast, obtain their food under the surface, and they plunge into the water to feed on fish, molluscs or algae.

They build their nests among the vegetation around lakes or ponds, they fly well and, since ancient times, they have been an important source of food for humans.

Currently, certain duck species are in danger of extinction in Israel, especially due to the destruction of their habitats and poaching.

This is the case, for example, of the ferruginous duck (Aythya nyroca), one of the smallest members of this species of fowl, characterised by its beautiful chocolate-brown colour, which contrasts with the white stripes on its wings and the underside of its tail. 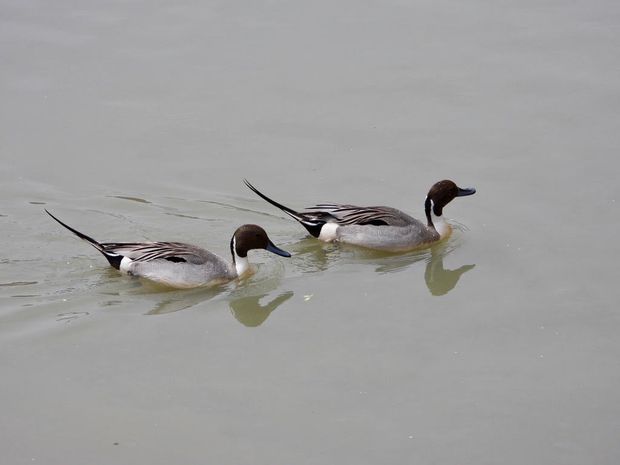 A pair of northern pintails photographed on the Jordan. They are large, elegant ducks which plunge under the water to find food, with their long tail sticking up in the air. Their head is black and their belly white./ Antonio Cruz.

It is one of the duck species that is active at night, and it can plunge to a Depth of up to 10 metres. There used to be dozens and even hundreds of them nesting in Israel.

However, many of their natural ecosystems have been destroyed, and the bottom of many wetlands sealed with plastic sheets, which prevents the growth of the vegetation where they find their food and build their nests.

In the Jerusalem Zoo it has been possible for them to breed in captivity, and since 2014 young ducklings have been released into natural environments with the aim of rehabilitating them. 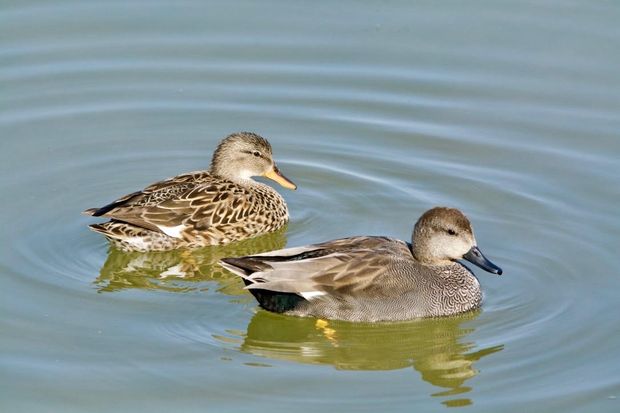 A pair of gadwails swimming in the Hula nature reserve (Israel). They are large, stylish ducks that only feed on what they find on the surface of the water. From a distance the colour of their plumage seems dull, but from up close you can see very beautiful geometrical designs. / Antonio Cruz.

These releases take place in the Hula Nature Reserve, in the Tzora reservoir and in the Giv’aton Springs Nature Reserve, where they can nest and be supervised by ornithologists. .

The splendour and glory of Solomon’s reign, to which the text at the top of this article refers, as well as its extension, its military prowess, its material wealth and Solomon’s proverbial wisdom are the features that the author particularly highlights (1 Kings 4:20-34).

It has been calculated that some 4,000 people feasted at the King’s table. How much must these banquets have cost in which the most select meats available at the time were served: beef, lamb, venison, gazelles and fattened fowl such as duck?

It is true that the Israelites of the period were enjoying a time of peace, abundance and prosperity under the reign of this great king. However, the Biblical author also draws our attention to the ambivalence with which the people regarded their monarch. 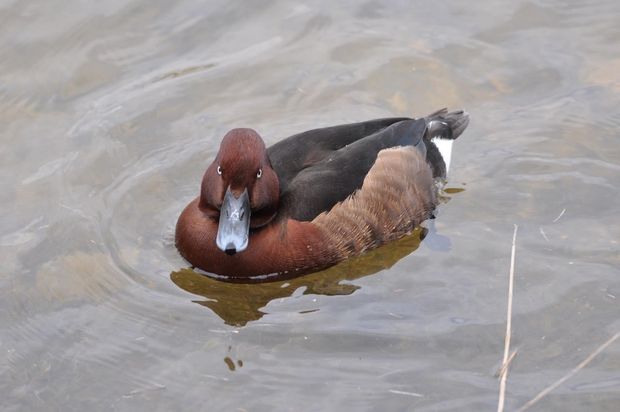 A ferruginous duck, a specimen that is in danger of extinction in Israel, but which is now being reintroduced in a controlled way in some of the Holy Land’s nature reserves./ Antonio Cruz.

Undoubtedly, they appreciated all this splendour, but the Hebrews also knew that Solomon, as a man, was deeply flawed. The strength of his piety was questionable, as were the methods by which he dealt with his subjects or his rivals.

He had little compassion for the weak and vulnerable, and could sometimes be cruel, which left open the question as to whether, at the end of the day, he would be a blessing or a curse for the nation.

Solomon was a prodigiously gifted man, a complex mixture of light and darkness, which, once again confirm the great distance there can be between mere human intelligence and the wisdom that comes from above.

Published in: Evangelical Focus - Zoe - Ducks in the Bible?