Archaeologists link the “rare and exciting find” to the Geshurites, one of the communities that had diplomatic relations with King David. 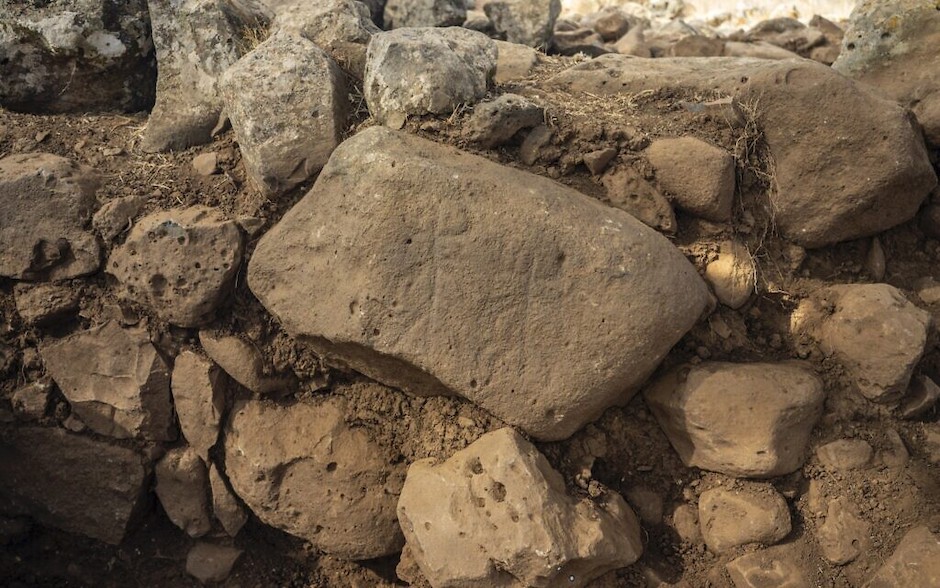 A fortified complex from the time of King David (Iron Age, 11th to 10th centuries BC) has been unearthed for the first time, as part of the archaeological excavations carried out by the Israel Antiquities Authority (IAA) at Hispin on the Golan Heights.

The archaeologists think that the fort was built by the kingdom of Geshur, an ally of King David, to control the region.

According to Barak Tzin and Enno Bron, excavation directors on behalf of the Antiquities Authority, “The complex we exposed was built at a strategic location on the small hilltop, above the El-Al canyon, overlooking the region, at a spot where it was possible to cross the river. The c. 1.5-m.-wide fort walls, built of large basalt boulders, encompassed the hill”.

“A rare and exciting find”

“In the excavation, we were astonished to discover a rare and exciting find: a large basalt stone with a schematic engraving of two horned figures with outspread arms. There may also be another object next to them”, they added. 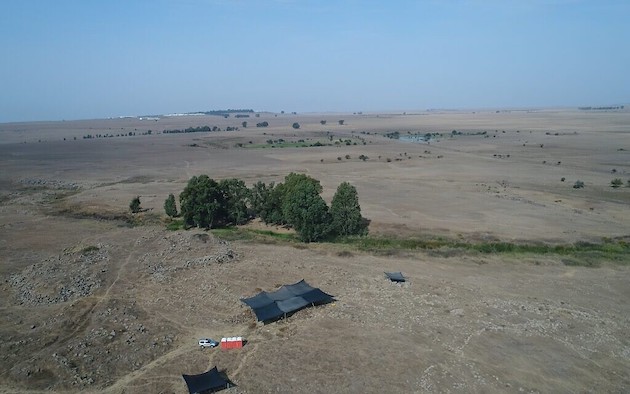 Dr. Rami Arav of Nebraska University found a figure carved on a cultic stone stele in the Bethsaida Expedition Project in 2019 directed by him, at Bethsaida just north of the Sea of Galilee.

The stele, which depicts a horned figure with outspread arms, was erected next to a raised platform adjacent to the city gate. Arav identified this scene as a representation of the cult of the divinity of the moon.

The Hispin stone was placed on a shelf next to the entrance, and two figures were depicted on it. “It is possible that a person who saw the impressive Bethsaida stele decided to create a local copy of the royal stele”, the archaeologists pointed out.

The Aramean kingdom of Geshur

The fortified city of Bethsaida is considered by scholars to be the capital of the Aramean kingdom of Geshur which ruled the central and southern Golan 3,000 years ago. 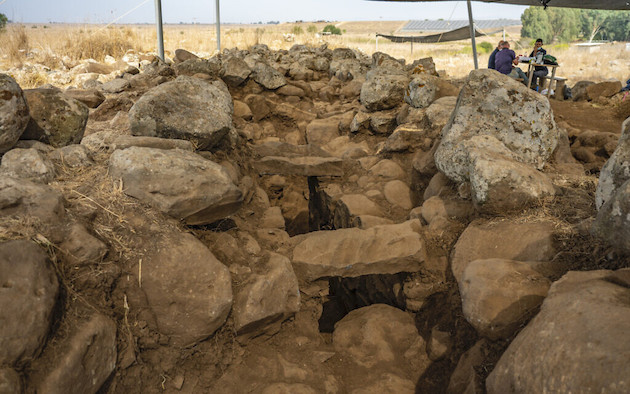 According to the Bible, the kingdom maintained diplomatic and family relations with the House of David, and one of David’s wives was Maacah, the daughter of Talmi, king of Geshur. Maacah became the mother of Absalom and Tamar, whose story is told in the second book of Samuel.

The cities of the kingdom of Geshur were found along the Sea of Galilee shore, including Tel Ein Gev, Tel Hadar and Tel Sorag, but few sites were known in the Golan. This unique fortified complex opens new research challenges on the settlement of the Golan in the Iron Age.

Following this discovery, changes in the development plans will be carried out along with the Construction and Housing Ministry so that the unique fortified complex will not be damaged.

The complex will be developed as an open space along the banks of the river El-Al, where educational-archaeological activities will take place, as part of the cultural heritage.