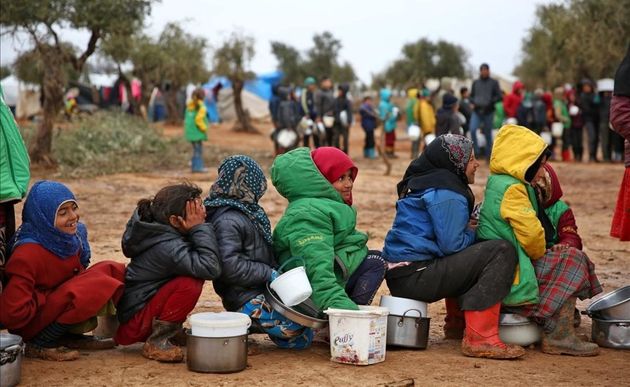 The government of Germany has agreed to accommodate “an appropriate share” of the neediest refugee minors housed in overcrowded Greek migrant camps, German officials said on Monday.

The announcement came after Chancellor Angela Merkel met with members of her coalition government, to discuss the humanitarian crisis on Greece's borders and in its migrants camps.

With the conditions at border crossings and in Greek refugee camps deteriorating by the day, the EU expects to help between 1,000 - 1,500 unaccompanied refugee children, preferably girls, under the age of 14, or in need of urgent medical assistance.

Around 140 German cities have offered refugee housing. Berlin will take in 80 to 100 children from Greek refugee camps, an official in the German capital said on Tuesday. “It now depends on how quickly the German government implements this decision”, the capital’s senator for interior affairs, Andreas Geisel told Germanbroadcaster RTL.

In adition to Germany, France, Portugal, Finland and Luxembourg have also volunteered to accommodate an indeterminate number of unaccompanied minor refugees.

For 10 days, thousands of Turkey-authorized refugees have crossed the border with Greece, where police have fired tear gas and water cannon to keep them out, trying to prevent them from entering Europe.

The EU wants to avoid a repeat of 2015, when more than a million people, mostly from the Middle East, reached its shores via Turkey and Greece.

Intense fighting in the Idlib region of Syria has caused a new wave of refugees to flee over the Turkish border. Turkey has already taken in over 3.5 million Syrian refugees assisted by billions of Euros of aid provided by the EU under a 2016 deal that ensured Turkey would stop the migrants and refugees entering Europe.

Erdogan said Turkey cannot cope with the new influx unless it receives more assistance from the EU, but last week the EU Foreign Affairs Council said it won't be pressured by Turkey into giving it more money.