A survey of the Swiss Federal Statistical Office shows that the membership of traditional religions has decreased in the country in the last 5 years. 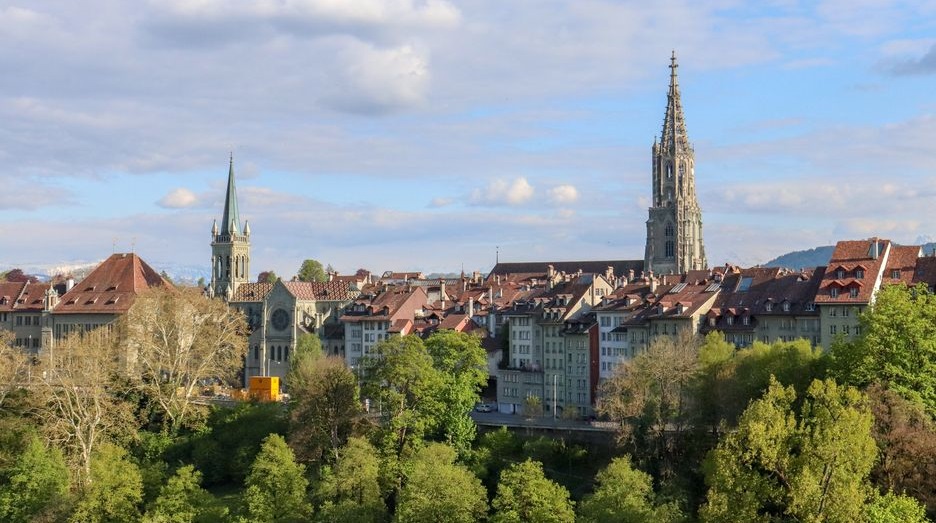 The Swiss Federal Statistical Office (FSO) has recently released the second edition of its survey on language, religion and culture.

A quarter of the population believes neither in a single god nor in several gods, but rather in a higher power.

Furthermore, the number of atheists has hardly risen from 12% to 15%, and that of agnostics increased just from 17% to 18% in the same period.

Protestantism and Catholicism in decline

Like in other European countries, “the change in the Swiss religious landscape has accelerated in recent years”. Fifty years ago, almost the entire population was either Protestant (49%) or Catholic (47%). “the proportions of these two traditional religions have fallen  to 23% and 35% respectively”, FSO pointed out.

Meanwhile, “those with no religious affiliation has exploded from 1% in 2014 to 28% now.

The share of other Christians faiths (including evangelical Christians) is 5.6%, and Muslim communities represent 5.3% of the population. 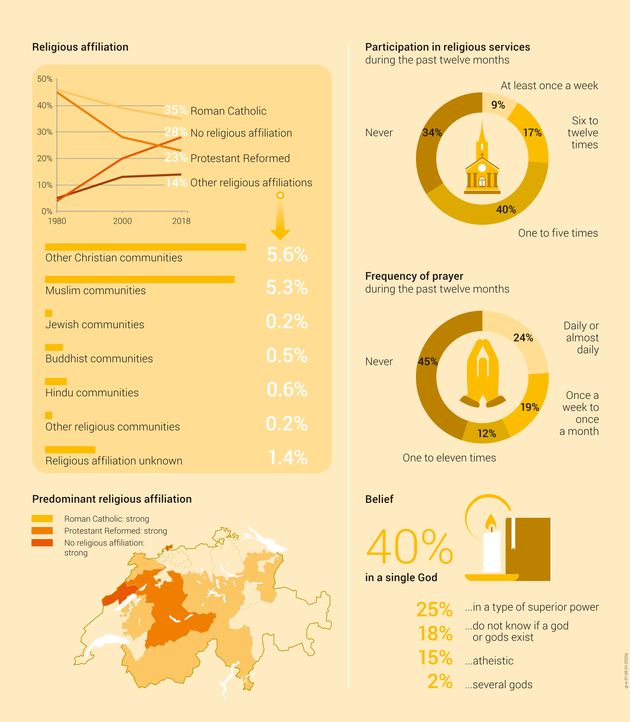 Results of the survey on language, religion and culture. / FSO.

The survey shows that, last year 8.2% of those who do identify as religious were victims of discrimination because of their beliefs. Most of them were Muslims (35%), followed by people from other religions (26%), while discrimination remains low for Catholics and Protestants (6.2% and 4.6%).

“Discrimination can occur in several areas of life (work, school or training, finding a place to live, etc.). Most of the discrimination (50%) is in the context of conversations”, CFO explained.

Furthermore, the majority of the population (55%) prays at least once a year. In the Protestant community, the proportion of people who have never prayed in the last twelve months before the survey is higher (38%) than in the Muslim (31%) and Catholic communities (30%).

Around one in five people (19%) who said they do not belong to any religion pray at least once a year.

“Compared to 2014, the importance of religion in the upbringing of children has decreased”, the authors of the survey underlined.

FSO found out that, “for 42% of the population, religion or spirituality plays a rather or very important role in raising children; 22% feel it is important to bring up their children under 18 according to the principles of their religion; 15% want to teach them spiritual values and 44% prefer other values that are neither religious nor spiritual”.

Published in: Evangelical Focus - europe - Alternative spiritualities on the rise in Switzerland but half still say religion plays a role in educating children