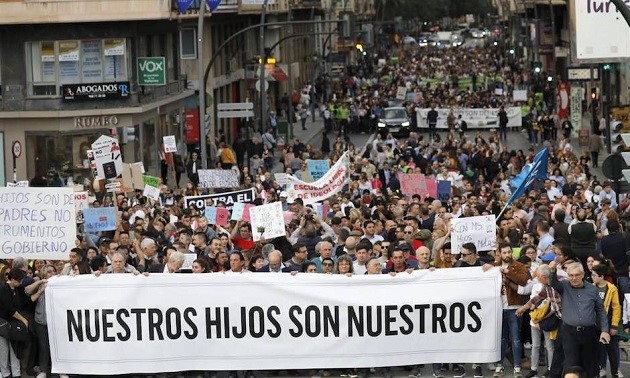 “CHILDREN DO NOT BELONG TO THE STATE”

Published in: Evangelical Focus - family - Thousands in Murcia: “Our children belong to us”