The church in a sexualised culture

The LGBTQ movement has provided us with a new set of ideologies that claim to strike a wedge between our body and our soul. 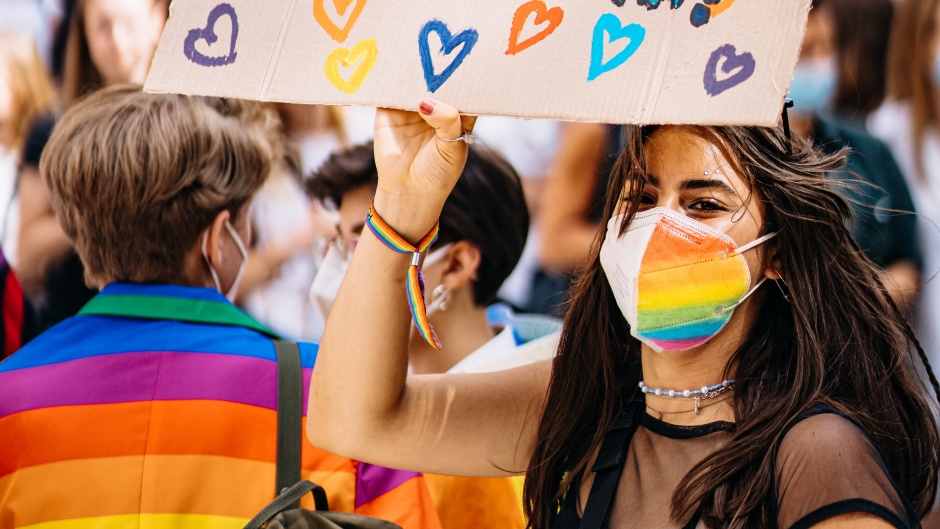 There is probably no other area where Europe’s Evangelical Christians so often clash with the secular humanistic culture as the area of sexuality.

On the one hand, this is certainly nothing new, as also the early church clashed with the Greco-Roman culture on this matter. On the other hand, this type of friction has become an increasingly troublesome phenomenon. Our view of sexuality in general, and LGBTQ issues in particular, has in many cases become the great stumbling block of the Christian message today. Furthermore, in relation to the state and authorities, it has become something of a litmus test determining whether you are considered “in” or “out”.

However, this is not an article about how to get out of this dilemma. Nor is it an argument for us as Evangelicals to change our theology in the area of sex and relationships. The more I have researched these issues – and I have written a handful of books on the subject – the more convinced I have become of the relevance of classical theology in our own day, especially in the area of sex and relationships. Instead, I want to reflect on what the sexualised culture actually stands for. Linked to this, I want to stimulate a conversation, not primarily about evangelical sexual ethics, but rather about what is going on beneath the surface. What lies behind the slogans of secular culture?

A good point of reference in such a conversation is Glynn Harrison’s book A Better Story: God, Sex and Human Flourishing. Harrison is a retired professor of psychiatry living in the UK and in his book he convincingly describes how the secular humanist and the Christian view of sex go back to two very different stories.

The secular humanist story is built around the idea of the autonomous self; the idea that true self-realisation presupposes a form of rebellion against previous generations, traditions, and values. Increasingly, it is also based on the idea that each individual possesses the power to define their own identity. The latter becomes particularly clear in matters concerning gender and gender identity, where it is more and more taken for granted that no individual should have to submit to biological or other factors that are contrary to one’s own self-image.

Linked to sexuality, this humanist story has emerged in close interaction with societal development in general, where such things as the post-war welfare state, changed laws regarding marriage and divorce, and the introduction of safe and cheap contraceptives, all play a crucial role. It has simply become possible to live in an autonomous way that was previously not an option. What has happened along the way is that the sexual liberation – the “sexual revolution” – has become a central part of modern man’s self-image as free, autonomous, and future-oriented.

The Christian story, on the other hand, is based on the idea that an individual – in addition to his or her responsibility and personal relationship with our Creator – flourishes in communion with others. This deep communion, described as the man and woman “knowing” each other (cf. Gen 4:1), presupposes a transfer where both parties renounce some of their own autonomy. This is especially important for the concept of the family. Consequently, those who have lost the most on the altar of radical individualism, are the children of adults who go their separate ways or never even marry at all.

We can already see the results of what the two different stories lead to. Glynn Harrison points to research that shows that very few of the promises of the sexual revolution have actually been realised. Surely, there were things that needed to be dealt with in the old system, but the fact remains that today we have neither more nor better sex than in the old days. We also cannot talk of qualitatively better romantic relationships than before. In addition, as has already been noted, the new generation of children can, in many ways, be seen as those having lost the most in the sexual revolution.

Despite this, the new and individual-centred view of sex has become a central part of today’s Western culture. A telling example can come from my own country Sweden, where a few years ago we did a review of the four most widespread teaching aids for sex education in high schools and colleges. It turned out that, in these materials, sex was consistently presented as an extramarital phenomenon. They never even mentioned that you can have sex in a marriage union! Furthermore, there was a complete lack of information about dating and family formation, and in three out of four materials the authors chose to completely separate sex education from questions concerning conception, pregnancy, and childbirth. The link between sex and childbearing was simply obliterated.

There are other dimensions to the sexualisation of Western society. Sex has changed from being what completes and confirms two individuals’ surrender and love for each other, to what normally initiates a relationship (which sometimes, but far from always, leads to the formation of a family). This has led to a fundamental change in our relationship patterns.

Recently, technology has become a driving force in this, with dating apps such as Tinder, Hinge, and Match. Many young people today actually think that you are being “pushy” if you approach a person whom you have not first been in contact with through a dating app. That Tinder, and other apps, put physical appearance at the forefront goes without saying.

Physical appearance also dominates the entertainment and advertising industries. As the American Christian band, Switchfoot, put it in the song Easier Than Love:

At the end of the song, Switchfoot asks what are probably the most crucial questions in this context:

Feeling alone,
What have we done?
What is the monster we’ve become?
Where is my soul?

It is not that physical appearance or beauty are unimportant. But there is something deeply unsatisfactory about sex reduced to a commodity; sex as a body, without any soul. This is probably the main reason why the sexual revolution has proven to hold so little of what it once promised.

The relationship between body and soul also forms the basis for another important exploration of our time and culture, and it has to do with the great identity project of our time. It is clear that sexuality has become more central to many Europeans’ identity than it used to be. This is particularly obvious within the LGBTQ movement, which to a large extent speaks of sexual orientation as a basis for every person’s identity.

Here too, one can say that the two different stories challenge one another. The Christian narrative of identity is tied to the belief in God as our Creator. As such, God is both our origin and our future destination. In addition, our unique value in creation lies in the fact that we are created in the image of God. In the New Testament, we can read that our deepest and truest identity is the one given to us by God in Christ, who in our place has borne the burden of giving us the value, the identity, and the salvation that we otherwise try to create in our own might.

The trans movement claims that gender identity is something fundamentally metaphysical

When one severs, like the secular humanist society does, both the beginning and the end of this story – the belief in God as Creator and as ultimate destination in life – it is inevitable that we try to fill our identity with something other than the rest that we find in Christ, and which is the great gift of the Gospel. This is a timeless phenomenon. In all ages people have built up their identity with all sorts of building blocks: money, family relationships, talent, ethnicity, class, beauty, social skills, and so on. But in our time, sexual identity has risen to become one of the most important building blocks of them all. In practice, one can even say that sexuality has taken the place of God in our lives!

In connection to this, the LGBTQ movement has provided us with a new set of ideologies that claim to strike a wedge between our body and our soul. But here, paradoxically, it is the inner qualities of a human being, rather than the outward appearance, that are in focus.

The trans movement claims that gender identity is something fundamentally metaphysical, without a necessary connection to either body, biology, chromosomes, or hormones. The equally radical queer movement speaks of identity and sexuality as fluid, which means that during the course of life the same person can move back and forth on a scale of hetero-bi-homo-trans. As a matter of fact, this ideology provides us with an even larger smorgasbord to choose from, and in several countries, there are now between 50 to 70 different gender identities to choose from on Facebook.

The consequence of all this, is that a division arises between body and soul, where the one is not allowed to define the other.

Are we living the Christian story?

In summary, it can be said that the sexualised culture affects a number of areas that are quite different from one another. Ultimately, it goes back to radical individualism, and the recurring focus on physical appearance emphasised by market forces. The LGBTQ movement’s discourse about gender and identity can consequently be seen both as a fruit of today’s individualistic and materialistic culture, and as a driving factor for the radicalisation of the culture at large.

It is clear that the Christian Church lives in a story of identity and sexuality that is, in many ways, at odds with the story that dominates our current European culture. The question is, do we, as Evangelical Christians, really live by the story that has been entrusted to us by the Lord? Only if we do this in a credible way can we be a positive counterweight to the destructive aspects of our current sexualised culture.

This article is part of the September 2021 Conversation of Lausanne Europe 20/21. Christians in Europe are encouraged to be part of this initiative (learn more here).

Published in: Evangelical Focus - Lausanne Movement Europe - The church in a sexualised culture