The pastor and a bookstore salesman were condemned for “distributing publications or any other propaganda undermining the faith of a Muslim”. 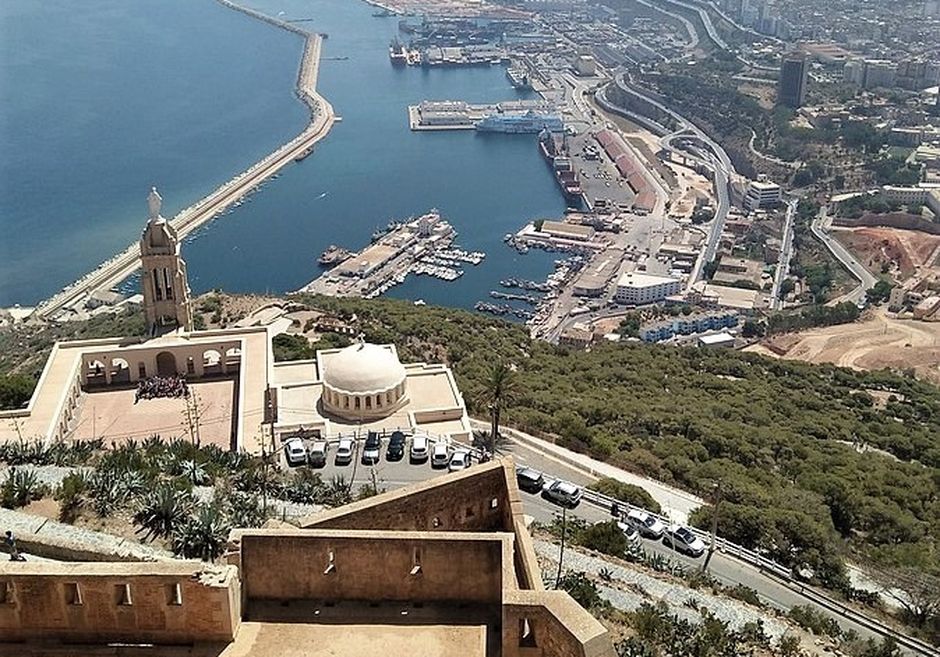 Less than a week after a a court in Algeria ordered pastor Rachid Seighir’s church to close, a judge in handed him a one-year suspended sentence and a fine for “shaking the faith” of Muslims with Christian literature at his bookstore, sources said.

Pastor Seighir’s Oratoire Church building in the city of Oran was one of three ordered to be sealed in western Algeria’s Oran Province on Wednesday (June 2).

The pastor was the manager of the now-closed bookstore in Oran, a coastal city 268 miles west of Algiers. The judgment in March read that he and Hamimi were condemned for “distributing publications or any other propaganda undermining the faith of a Muslim.”

Pastor Seighir has said the conviction was mere retaliation in a conflict over the bookstore going back to 2008, when he was convicted of the same charges and acquitted on appeal.

Sunday’s appeal ruling came after postponements of scheduled hearings on May 16 and May 30. The Christians’ attorney, Farid Khemisti, said they would appeal on Wednesday (June 9) to the Court of Oran and, if necessary, to the Supreme Court.

Algeria’s 2006 law regulating non-Muslim worship, known as Law 03/06, criminalizes the publishing or distributing of any materials “which aim to undermine the faith of a Muslim.”

The court ruling on Wednesday (June 2) ordering the closure Pastor Seighir’s church building and those of churches in El-Ayaid and Ain-Turk came as a result of efforts to seal the buildings by the governor (wali) of Oran Province.

“This is a judgment that the wali of Oran won against us”, Pastor Seighir told Morning Star News. “It is ordered to proceed with the immediate closure of the three places of worship.”

“To tell you the truth, I don’t understand what’s going on,” Pastor Seighir said. “This is purely an attack against us Algerian Christians and the churches. There have been three different walis, and that did not prevent the charges against us from remaining. It is therefore clear that the source of our trouble comes from those higher than the walis.”

On Dec. 28, 2017, the then-governor of Oran Province, Mouloud Cherifi, had sent notice that the Oratoire church was “not in accordance with the laws in force”, namely registration under Law 03/06, which regulates non-Muslim worship.

The 2006 law requires non-Muslim worship buildings to be licensed, but all applications to do so have remained unattended.

The ruling against Pastor Seighir and Hamimi comes after a Christian who had received and reposted a cartoon of the prophet of Islam on his Facebook account three years ago was sentenced to five years in prison and fined 100,000 dinars (US$750) under an Algerian law against insulting Muhammad.

In Ain-Defla Province about 145 kilometers (90 miles) southwest of Algiers, Gendarmerie stopped two Christians preparing to travel to worship in the capital, holding one for four hours of interrogation, he said.

On Apri 17 at about 7 a.m. Beghal and his friend had yet to leave his town of Ain Seltane when officers stopped them on the road, he said. Taken to brigade quarters, Beghal was held for questioning while his friend was quickly released after separate questioning.

“Not knowing the reason for our arrest, I questioned the head of the brigade,” Beghal said. “The latter replied, ‘There are many rumors and accusations circulating about you. You are very active, it seems.’”

Beghal, whose wife and children left him in 2017 because of his conversion to Christianity, said that the day before the arrest he and others had shared the gospel with people. After officers questioned him, they took him to his home to search it.

“They took all my books and documents,” Beghal told Morning Star News. “They told me that to get them back I have to go to the public prosecutor.”

Beghal, who wrote to the prosecutor asking for his belongings to be returned to him, is scheduled to appear before a judge on June 16. He is accused of fundraising for the creation of a Christian association without authorization.

Islam is the state religion in the 99% Muslim country. Since 2000, thousands of Algerian Muslims have put their faith in Christ. Algerian officials estimate the number of Christians at 50,000, but others say it could be twice that number.

Algeria ranked 24th on Open Doors’ 2021 World Watch List of the countries where it is most difficult to be a Christian, up from 42nd place in 2018.