Some believers say that “one of the greatest assets in life is forgiveness”, while others state that “the church is not as enthusiastic as the NGOs” about abolition. 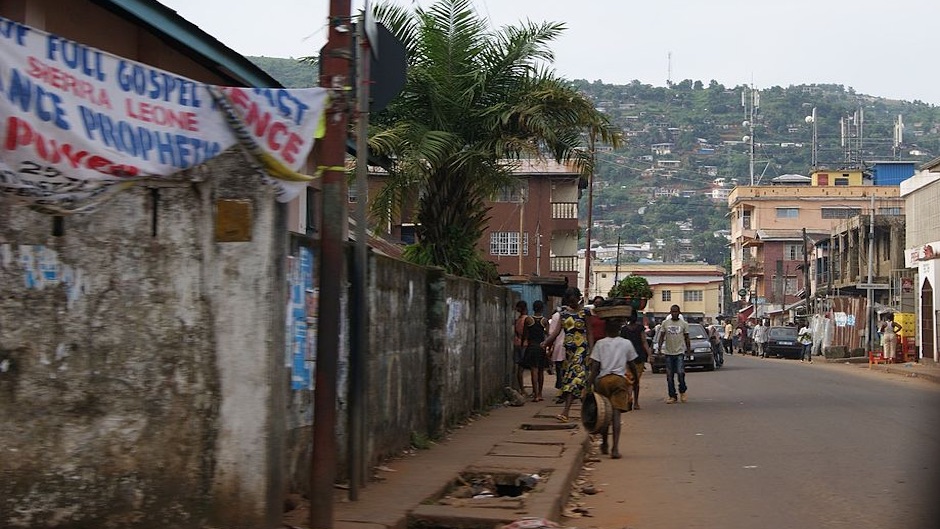 There have been no executions by the death penalty in Sierra Leone since 1998, when 24 army officers accused of an attempted coup were executed.

Now, Sierra Leone's deputy justice minister Umaru Napoleon Koroma has announced that “once the legislation goes to parliament and gets approved, that ends the story of the death penalty”.

He explained that they want to abolish it to “uphold the fundamental human rights of Sierra Leoneans”.

However, although Sierra Leone has not carried out any death sentences for thirteen years, the judiciary has continued to sentence people to the death penalty for aggravated robbery, murder, treason or rebellion.

According to a memorandum published in March 2021 and produced by the NGO AdvocAid, the Oxford University Death Penalty Research Unit and the UK Death Penalty Project, four people were sentenced in 2018, 21 more in 2019 and, according to Amnesty International, up to 39 in 2020. At the end of 2019 there were 63 people on death row in Sierra Leone, rising to 78 in 2020.

Pressure from the international community and, above all, NGOs has led to a massive process of abolition of the death penalty in Africa. In 2016, Guinea took this step, joining Benin, Côte d'Ivoire, Senegal and Togo.

In 2018 it was Burkina Faso. In 2019 Equatorial Guinea announced an abolitionist bill, and in 2020 Chad removed capital punishment from its legal system. This year Malawi declared it unconstitutional. 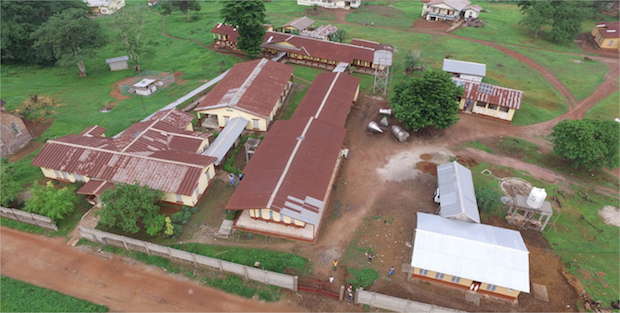 As among several sectors of society, within the evangelical sphere in Sierra Leone, abolition is viewed differently.

Mariama Khai-Fornah, communications officer of the Evangelical Fellowship of Sierra Leone (EFSL), an organisation linked to the World Evangelical Alliance, believes that “the religion has robustly agitated against death penalty”.

“Religious leaders in our society have proven that one of the greatest asset in life is forgiveness, because forgiveness is divine. According to Bible, we are only forgiven when we forgive others their trespasses against us. This awareness has also immensely contributed to the great controversy on whether or not to let people be punished by death for their crimes”, explains Khai-Fornah.

But according to the renowned Sierra Leonean theologian Aiah Foday-Khabenje, “not everyone is keen to have the death penalty repealed”.

Having recently returned to Sierra Leone after twelve years of service abroad where, among other things, he served as Secretary General of the Association of Evangelicals in Africa (AEA), Foday-Khabenje says that “the churches default position is sanctity of life and would not necessarily be keen on the death penalty”.

Nevertheless, he also admits that he does not “see the church to be as enthusiastic as the NGOs about actively advocating and calling on the government to repeal the law”.

“This could be because no one should be killing another person and therefore, the penalty for this is not so much of a concern. In other words, there is a tendency for less sympathy for those who bear the death penalty”, adds Foday-Khabenje.

He explains that “there could be concern when it is unjustly applied, for example, treasonable offenses, which carry the death penalty, could be scheme against political opponents and kill them unfairly. As a matter of fact, this is the concern for most people who want the law repealed”. 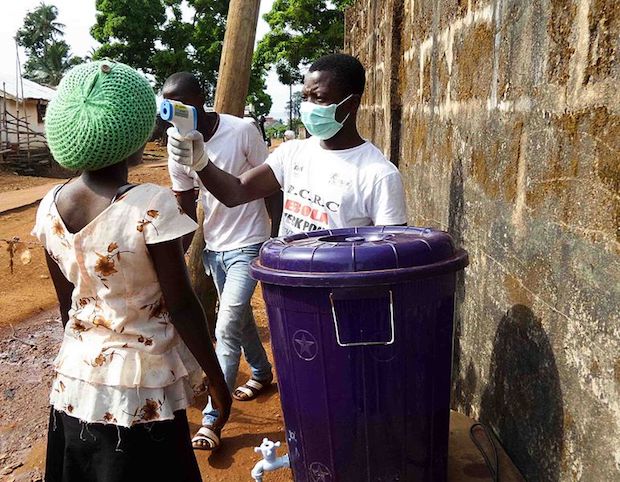 Beyond theological reflection, the debate on the abolition of the death penalty is fraught with complex details. For some, it is a loophole in the 1991 Constitution and the subsequent civil war that left some 120,000 people dead in the country up to 2002.

For others, the law is a guarantee of security, and there are those who believe that a de facto abolition, as has been the case in the country since 1998, can be coexisted with.

“The rise of human rights have reduce the strong hold of death penalty for any crime an individual may commit. One of the reasons why our government sees it futile to punish someone by death is because the person may not have done it intentionally, or it could be attributed to aggravation leading to immediate revenge”, points out Khai-Fornah.

For Foday-Khabenje, “the law is to deter those who threaten the lives of others”. He recalls the cases of people sentenced to death for aggravated robbery, because in those incidents death penalty "puts an end to incidences of death by armed robbers for a long period of time”. Now, those who advocate the death penalty "fear an increase in such incidents”.

According to Khai-Fornah, “Sierra Leone's judicial system and society sometimes act unfairly towards its people. If we look for one issue to stop death penalty in Sierra Leone, it is that of patriotism. If we value the life of every person, then we can fight this together, is not a matter of enrichment or how much you aquire”.

Foday-Khabenje warns that abolition might take time, as it happened with “the public order law which tends to limit freedom of speech and was imposed during colonial time. Since independence several regimes promised to repeal it but never did it, until the current government has finally did so and the law has been repealed”.

“I believe, this is an encouragement to push this government to repeal any other draconian law like the death penalty. Some agreement has been reached to repeal death penalty, however, this has not been effected yet”, he concludes.

“Coronavirus has affected us both positively and negatively”

As of 12 July, Sierra Leone's Ministry of Health records a total number of 6,031 coronavirus infections and 112 deaths.

“Thank God that the impact of the coronavirus pandemic has not been as devastating as was feared in Sierra Leone. Compared to other countries in the region and globally, the incidence has been one of the lowest”, says Foday-Khabenje.

He explains that “this is partly due to a robust response to mitigate the contracting of the virus with learned lessons and experience and preparedness from the Ebola crisis in 2014”.

However, he warns that “there is currently a spike, a third wave of the pandemic” and infections have increased in the last week, so that “the impact on jobs and the economy could be more pronounced, as Sierra Leone is one of the poorest countries”. The pandemic “has also impacted the educational sector and congregational worship in churches”.

Khai-Fornah adds that “evangelical churches are really constricted. Coronavirus has led to tension in the churches in Sierra Leone over what is the point of enforcing the two-hour time limit for all churches to hold services”.

“It has affected us both positively and negatively, as it endorses the hygiene issue in the country and we have less cases of people dying of germs and bacteria, but on the other hand, it has suspended some of our customs, such as shaking hands, and it has restricted our rights of movement”, says the EFSL communications officer.

Regarding the vaccination, Khai-Fornah stresses that “although there are people who have willingly taken it, with the news on social media warning about the impending danger of being vaccinated, most Sierra Leoneans see the vaccination as a death sentence, or even something to control the world's population”.

“This terror has caused great fear on the masses, which has considerably slowed down the vaccination process in our country”.

According to the platform 'Our World in Data', the average vaccination rate in Sierra Leone, at just over 1% of the population, is below the African average of 2.8%.

“Many churches are involved in interventions to educate their members on the guidelines put in place by government and health authorities for mitigating the pandemic, debunking conspiracy theories, and advising churches on the closure of places of worship”, underlines Foday-Khabenje.

He adds that “the interventions has also included included providing sanitary materials, food and other relief supplies during lockdown”.

However, not all churches have dealt with the effect of the pandemic the same way. “The involvement of some evangelical churches has also halted vaccination. The people of Sierra Leone are very religious and superstitious, they sometimes respect religious leaders more than government authorities. Due to this, some evangelical leaders are suspected to be behind the issue of warning people against vaccination”, explains Khai-Fornah.

“Evangelicals are divided. Some are not sure of the efficiency of the vaccine and they are not encouraging their members to take it. Others are against it, but they can't speak out . I believe if they do, the worship services will be reduce. It is not possible to fight against the government, lets go back to the cross”, she concludes.