Hindu extremist threats have driven a pastor in Nepal into hiding following a leak onto social media of a restricted audience-interview he gave on his journey to Christ. 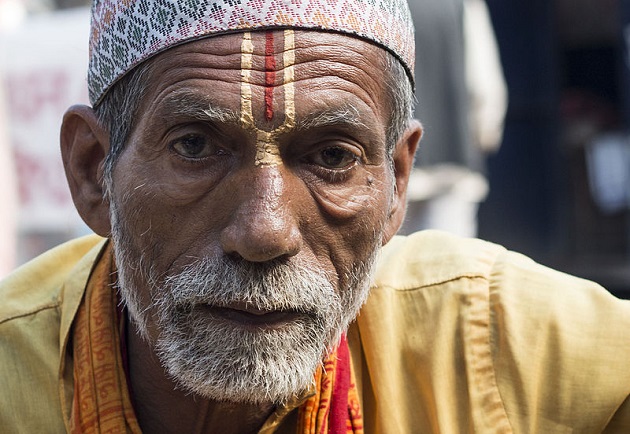 Hindu extremist threats have driven a pastor in Nepal into hiding following a leak onto social media of a restricted audience-interview he gave on his journey to Christ, sources said.

Pastor Sukdev Giri of Trinity Fellowship church in Chitwan District has received death threats, he said. He has changed his phone number, but his family and friends are also receiving threatening calls, he told Morning Star News.

In a sign of how the Himalayan country has become increasingly radicalized, Pastor Giri, 59, has been unable to return home from ministry travels since a video of his comments hit YouTube in mid-August.

“It is the first time a Christian [in Nepal] has been targeted for sharing [on social and other media] about his past religion and introduction into Christianity,” legal advocacy group Alliance Defending Freedom’s allied attorney in Nepal, Ganesh Sreshta, told Morning Star News. “It is turning out to be a high-profile issue, with Hindu fundamentalist groups linked to prominent political leaders taking interest in this video.”

The video shot in March at the International Christian Media Workers Summit in Kathmandu, where Pastor Giri was one of the speakers on a panel, was available only to Christian audiences until a Nepalese Christian woman abroad posted it on YouTube. During the panel presentation on advice for Christian media workers, Nepalese radio journalist Sunil Raj Lama asked Pastor Giri to talk more about belief systems in Nepal.

“It is not something I would discuss with anybody just anywhere, but his question was very genuine,” Pastor Giri told Morning Star News. “Although I had cautioned Lama to edit the video and not to circulate it outside the Christian circle, the [Christian] persons who were the first to watch it on a private channel insisted that, ‘It is a hard truth – people need to hear it.”’

The unidentified Nepalese woman abroad who had access to the private channel posted the video on YouTube on Aug. 11, and the flood of hostile comments began.

“Highly abusive and derogatory words were used against me,” Pastor Giri said. “Calls also started. And I immediately discarded my old SIM card and kept the phone away for some days. I have dedicated my entire time to travel, as my family feels it is unsafe for me to stay in my hometown [undisclosed], in Chitwan. I’m currently busy with my ministry work in other parts of Nepal.”

In the video, the pastor spoke about how, before he became a Christian, he noticed sin and corruption in the world and wondered about their roots. The gospel helped answer that question.

“Moreover, I did not cook up any story on my own on Hindu deities,” he said. “I said that I come from a Hindu family, and that I know the deities worshipped by Hindus and also those shunned from offering worship. For example, you will not find temples dedicated to Brahma, who is believed as the creator god. He is regarded as the deity but is not worshipped. It is written in the Puranas [ancient texts of Hindu literature] that Brahma sexually assaulted his own daughter and married her. Brahmins don’t worship Brahma for this reason.”

Similarly, he said, he mentioned that Shiva, the destroyer god known as Pashupati, husband of animals, committed bestiality.

“If you check Nepal’s Muluki Ain or Criminal Law Code, it is regarded as a heinous crime,” he said, adding that India’s penal code also considers it an unnatural offense.

A third Hindu god, Vishnu, committed adultery, he told the conference. The latest editions of ancient Hindu texts have been edited to increase their appeal to younger generations – the stories have been twisted and dramatized to suit TV soap operas, excluding unsavory parts from the original texts, the pastor said. He encouraged people to refer to the original Puranas.

“The Royal Nepal Community conserved these books,” he told Morning Star News, recapping what he told the conference. “I want the younger generations to read the texts, research about these things – ‘don’t simply follow the wind,’ says an old Nepali saying. On occasions when I spoke to TV channels, I shared my testimony and touched upon the same things, and those interviews have also surfaced now on social media.”

People now mistakenly look at him as a Christian who hates Hinduism, he said.

“I don’t hate anyone – I just want to have an honest conversation about my encounter with Christ,” Pastor Giri said.

He told the conference how when he was 12 years old he went to a church in Kathmandu where some missionaries from Sri Lanka were preaching.

“There, I heard about the love of God and the simplicity and humility of Jesus,” he said. “It was so overwhelming to me. As a boy, I was thinking of Jesus washing the feet of his disciples. Can any god be so humble? It was hard to digest.”

He read the New Testament in three months, he said.

“My old gods were hard to approach, but Jesus seemed very approachable, simple and near. I accepted Him right then,” he said. “But there were these questions in my heart. I wanted to find out if this my new God, Jesus, is like all those old gods? At first I asked the priests why Brahma, Vishnu, Shiva are immoral, yet they are regarded as gods and are highly respected by us? I would share with them about the texts I had read and their crimes. They told me, “It is all Lila [Sanskrit word loosely translated as “play”]. Whatever gods do is good, but if the man does the same, it is sinful.”’

The Hindu priests called him an “old little boy,” he said.

“‘You are little, but you’re asking questions like old people’” – they found it amusing,” Pastor Giri told Morning Star News. “Since that day, the holiness of Jesus Christ has become very special to me. I was praying, and my new God was answering my prayers, and soon we had built a relationship.”

In social media comments, many “hateful, venomous words” against him have followed, he said, and a mob recently gathered at his farm in Chitwan asking his wife and parents about his whereabouts, he said.

When he consulted a regional pastors’ fellowship as to whether he should file a police complaint about the hateful comments or meet with police officials, they advised against it, he said.

“They also had received phone calls from people asking my whereabouts,” Pastor Giri said. “I have been told that since Hindu fanatics and police are already looking for me, it is not advisable to meet them.”

His neighborhood in Chitwan District has a high population of strong Brahmins, he said.

“My wife feels very unsafe and worried for me,” he told Morning Star News.

The YouTube video received more than 750,000 views before it was removed, and since then a video critical of the pastor by a Facebook user under the name of Abhishek Joshi has gone viral, he said. In the video Joshi calls him “…a son of Hindu saints who now fell in the hands of Adam and Eve.”

“You were born in a Hindu family and have a Hindu name,” Joshi says. “Grew up being a Hindu person, carrying a Bible for a few years and changing your religion to Christianity doesn’t give you the right to bash Hindu gods.”

Pastor Giri said he hoped that he would at least be given the opportunity to fully explain his views.

“But there is so much hate built up against me already that Facebook user Abhishek Joshi and a few others are picking up verses from the Bible and interpreting it wrongly,” he said. “I want to tell them that it is not about two religions or finding fault with each other.”

He is simply trying to recount his personal journey, not critique religions, he said.

“I was the devotee of the gods they defend, and I chose to abandon the practices, superstitions etc. – I am here to tell my story and all the research I have done about the gods I once worshipped,” he said. “If they don’t give me the opportunity, if the Lord enables me I will write a book.”

Sreshta, ADF’s allied attorney in Nepal, said Christians who were once primarily hit with false accusations of “forcible conversion” are now being charged with preaching or speaking about their faith publicly. Article 26 of Nepal’s constitution prohibits religious conversions, he noted.

“There is a lot of impact of Indian media channels on Nepal’s Hindu population,” he added. “The Hindu extremism in Nepal is taking its shape from observing the Hindu fundamentalist RSS [Rashtriya Swayamsevak Sangh] operations in India.”

An increase in persecution of Christians in Nepal began after a new criminal code was passed in October 2017, which took effect in August 2018.

“Many Christians are restricting prayer services to closed doors of their homes, as they feel insecure to expose or disclose their faith in public,” Sreshta said. “Article 18 proscribes discrimination on grounds of religion, caste, race etc., but it’s only on paper and can nowhere be seen implemented in case of Christians.”

By criminalizing conversions, Nepal has infringed on the fundamental freedom of religion or belief which is guaranteed not only by its constitution but also secured by several international covenants, according to ADF-International.

“Nepal’s constitution prohibits the attempt of religious conversion,” according to an ADF press statement. “At the same time, Nepal is a signatory to the International Covenant on Civil and Political Rights, an international treaty explicitly protecting freedom of religion and expression.”

Nepal was ranked 32nd on Christian support organization Open Doors’ 2019 World Watch List of the countries where it is most difficult to be a Christian.