“Russians only speak about socio-political issues in their kitchens”

Vitaly Vlasenko, a pastor in Moscow, analyses the situation of evangelicals in Russia. “I am not aware of pastors, bishops, or other Christian leaders who have participated in the protests”. 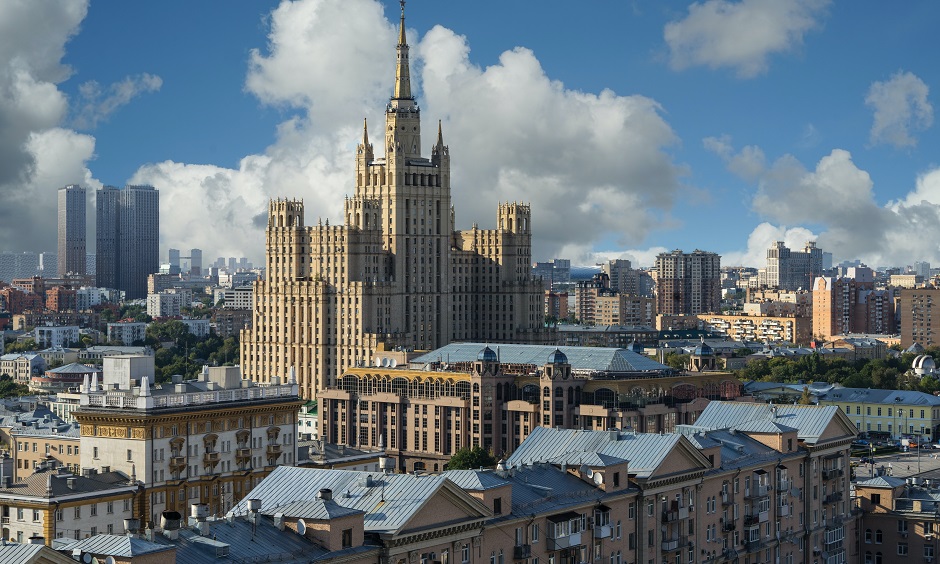 A view of Moscow, in Russia. / Alex Zarubi

The protests in Russia after the jailing of opposition activist Alexei Navalny, have again led to political tensions with neighbouring European countries.

Evangelical Focus asked a Russian evangelical pastor about the diversity that can be found in a country of 140 million inhabitants and 17 million square kilometres.

Vitaly Vlasenko is a fourth-generation Baptist living in Moscow, and from his perspective, the protests are seen “differently” depending on whom you ask. “The young people who mostly take part in the protests see it as a way of expressing what they think about freedom while older people are more cautious about showing their opinion”. 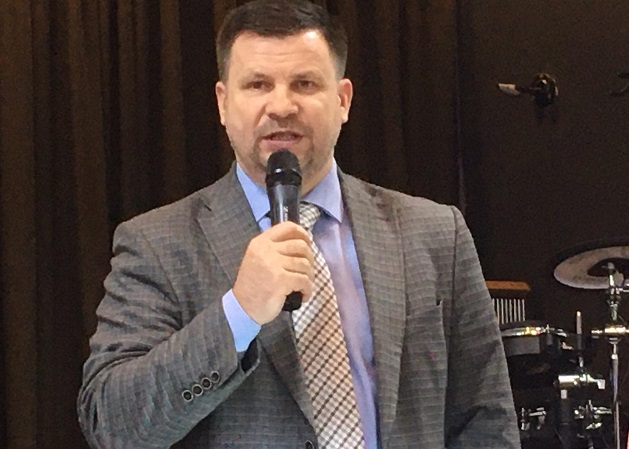 Vitaly Vlasenko is a Baptist pastor in Moscow and Ambassador-at-large of the Russian Evangelical Alliance.

The more Russians remember the URSS times, the less emphatically they will express controversial views. “Since the Soviet times, Russians only speak about socio-political issues in their kitchens”, Vlasenko explains with a smile. “To use the Biblical example, we still remember the 400 years of Egypt… It was 70 years actually, but those who remember the Soviet regime are somehow captives of that moment and mindset”.

In other words, there is still a sense among the older generations that if they express their opinion on certain issues, “someone will come knocking your door sooner or later”.

The pastor knows of “some evangelicals - young people - who have joined the latest protests, and some have been arrested and spent several days in detention”. But he clarifies: “I am not aware of pastors, bishops, or other Christian leaders who have participated”.

Why not? On one side, “because an evangelical or Christian leader understands that behind them there are hundreds or thousands of people. In a church, there is a variety of people, so we must be careful about expressing political preferences”.

A second reason, says Vlasenko, is that “evangelicals are a minority group, and [authorities] are sometimes suspicious of us, because we are seen as pro-European”. Therefore “how we act, what we say, including in social media” is important.

Evangelical Christians have a desire to express that “we are Russian citizens as everyone else. We want our country to develop, bloom and be successful”. Churches are often tired of fighting against “misinterpretations” which present them as being in opposition to the authorities. “That image is not true, because there are all kind of political views among us evangelicals”.

The effect of the Yarovaya law

Minority faith groups in Russia reacted strongly in 2016 against the so-called Yarovaya law that restricted public activities such as evangelism.

The later illegalisation of the Jehova’s Witnesses and the limitation of foreign faith leaders has put even more pressure on evangelicals.

Vlasenko sees general confusion about what is allowed or not under the new regulation. “If you read the law, you see that you can do evangelism outside freely. What is not allowed is to invite people to your church. We have religious freedom and of speech and we can share our faith, but only pastors and those who get a special license, can invite people to a church meeting”.

The changes in the legislation, says the pastor, often lead to misunderstandings with the “local police, when they have to delimit what is freedom of speech and of religion, and what is non-allowed missionary activity”.

The pressure on religious freedom can vary from one region to another. In several places outside the big cities, church members have been fined, and “their outreach activity has been put on hold, because there is no security about how the law will be interpreted by the police”.

Another huge challenge has been the pandemic (as it is in surrounding countries) but churches in Moscow, for instance, are now allowed to meet again as long as they respect the “basic Covid-19 recommendations”.

Relationship with Europe, and the historic divide

For Russian evangelicals, being associated with European ministries or church networks is not always problematic.

In fact, “we Russians see ourselves as a European people. In Moscow and St. Petersburg, for example, we do not see ourselves as Asians but European”. In this context, “we evangelicals view ourselves like a bridge between East and West”, adds the pastor.

The cultural differences between the geographical extremes of the continent have much to do with the history of Christendom, explains Vlasenko. “There have been Reforms and liberal ideas happening in Western Europe in the last centuries since the split between the Catholic and the Orthodox churches”. And many of these developments are not seen with good eyes.

Events in the 20th century have not helped either. “In the Soviet times, if you had friends in Western Europe or the US, you were not seen as a trustworthy person. I could tell you about myself. When I was raised in the Soviet times, my friends at school called me ‘American spy’. Why? Well, because I was a Baptist and I believed in God. My colleagues would joke and say: ‘Anytime a plane will come pick you up and take you home to America”.

This mindset still has effects today. Any organisation that has ties with foreign groups has to register with the authorities as a “foreign agent”. That, says the pastor, is not a pleasant label to hold.

In contrast with the uneasiness of many believers in Western European countries, Russians have not especially felt uncomfortable with being associated with the outgoing US President. 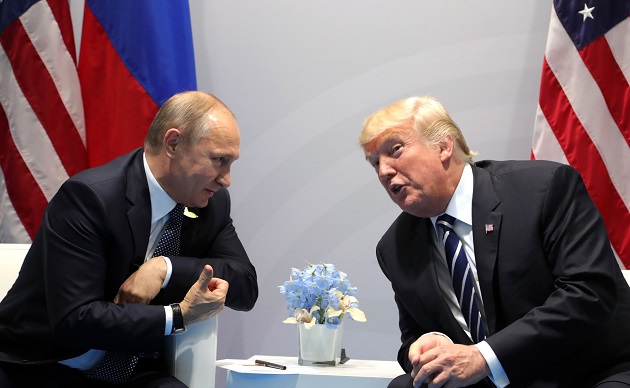 “Russians in general like Trump, evangelicals included”. They value that “Trump’s Vice President [Mike Pence] was a good believer, and several laws were passed that Russian evangelicals would agree on, despite perhaps not liking Trump’s moral background”.

It is uncertain how the Russia-US relationship will develop under the new administration of Joe Biden. “In Russia, we have huge anti-American feelings, because of the sanctions, and the inherited competition with the US. We see ourselves as a big nation, and we do not like it when somebody says tells us what to do”, Vlasenko admits.

The future of evangelical churches

Evangelicalism in Russia represents “somewhere between 1% and 3%”, a figure that includes “Baptists, Pentecostals, Charismatics, Lutherans, and others”. According to the pastor, “the number of evangelicals has been shrinking a little bit in the last few years”. That could have to do with a lack of perceived “spiritual need” of Russians and the growth of consumerism as a lifestyle.

In the coming decade, the pastor would like to see more unity between denominations, and an end to “fighting each other and blaming each other”. There is a need to “get together as a Russian Evangelical Alliance (REA)”, says Vlasenko, who serves as the REA’s Ambassador-at-large. This unity would help “gain more interest from the people”.

“We would like to be more united and, of course, develop our relationship with world Christianity. The young Russians speak English and they see themselves as part of the world. We want to be increasingly open and be part of Europe and the world in general”.

How to pray for Russia

How can other Christians pray for Russia? “Pray that evangelicals can have unity with each other, and a strong idea of how to work with society. Not just being ‘holy’ at church, but holy everywhere else: at work, in school, at university, in the army…. Everywhere”.

“And pray that we can be a good part of our Russian culture. Our mindset makes it difficult sometimes to talk to Russian Orthodox believers, but we need to think that we are brothers and sisters in Christ, even when we have different theological points of view”.

And finally, he adds, “pray that we can be a nation that is friends with European countries, with the US, and others. Sometimes other see us as we Russians want to fight with everybody as if we were as enemies. Perhaps it would be good to have more inter-cultural experiences? We evangelicals see ourselves as bridge-builders”.

Speaking on political issues not a priority

William Yoder, a retired journalist and US citizen, is a spokesperson for the Russian Evangelical Alliance (REA). He told Evangelical Focus:

“The Russian Evangelical Alliance was founded in 2003, but is still very much in the process of formation. We have no committee responsible for public and political issues. We do not feel that kind of mandate”.

Yoder added: “Our concern is positive relations between the churches, including with the Orthodox. The REA is very concerned that we not break our ties with the Ukrainians. This requires keeping public, political statements to a minimum”.

Published in: Evangelical Focus - europe - “Russians only speak about socio-political issues in their kitchens”