France: religious freedom restrictions and a liberalisation of bioethics push evangelicals to the right

Macron is the favourite ahead of the 2022 Presidential election on 10 April but the right is stronger than five years ago. 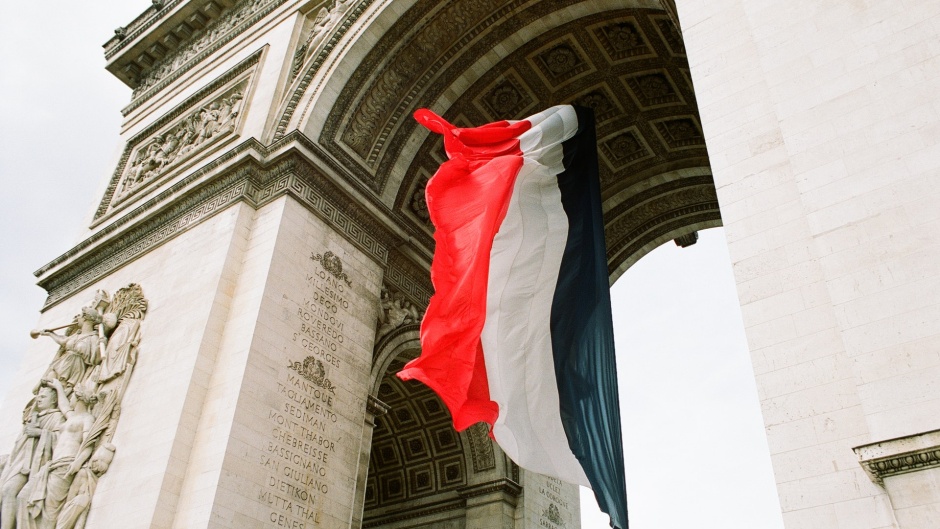 Much has happened in France in the last half a decade. Strong debates have emerged on issues such as the Islamist terrorist attacks leading to an increased control on religions, the crises around the fuel prices, the Covid-19 restrictions, and the severe impact on all of Europe of the Russian invasion of Ukraine.

But something remains unchanged as millions prepare to cast their vote on 10 April. The President of the republic, Emmanuel Macron, and his main challenger on the right, Marine Le Pen, continue to be the favourites. They already faced each other in the second round of the last présidentielle. Back then, the centrist Macron won with ease (66% to 34%) but surveys say the race is much closer now in 2022.

In 2017, Protestants solidly voted for Marcon. But wide-ranging legislations passed under Macron restricting religious freedom and promoting surrogate parenthood or abortion, could push many Christians to the right, says Thierry Le Gall, an evangelical representative working among politicians (see interview below).

Do evangelicals engage with politics?

But will evangelicals go to the polling stations on Sunday? It depends on how they understand politics, says Raphael Carrier in a column on the website Tout Pour Sa Glorie. “We should not expect from politicians what we can only expect from Christ. Otherwise, we will never vote. We must be willing to vote for an imperfect person”, he writes. A wrong understanding of politics (“I used to demand from politicians all the answers”) leads to disengagement.

The editor of the French-speaking magazine Christianisme Ajourdhoui adds another factor: “For this election, current events are changing the context. The debate is no longer based solely on the progressive/conservative divide, which had already replaced the traditional right/left divide, but also on the sovereignist/globalist, pacifist/military, social/liberal divides”.

On a public level, it has been the CNEF (which represents 31 evangelical denominations and over 600,000 evangelicals) that has most engaged in socio-political affairs, encouraging Christians not to hide their faith at work or in school. For this presidential election, they have published a booklet presenting the “convictions of evangelicals”.

Evangelical Focus asked Thierry Le Gall, the Director of the CNEF’s Pastoral Service to Parliamentarians and author of the book Un avenir, une espérance (2022), about how he sees the election.

Thierry Le Gall of the National Council of Evangelicals in France. / Photo Félix.

Question. Will most French evangelical Christians will vote this Sunday? And who will they support?

Answer. French evangelical Christians, according to a survey commissioned by the Protestant Family Associations published in December 2021, vote mostly to the right. The evangelical electorate is generally attentive to questions of freedom of conscience, expression, ethics and bioethics.

In reality, we find within the churches, a voting sociology that is often influenced by the reality of the living conditions of the local population.

Question. Evangelical churches in France are very diverse ethnically. Are they worried about an increasing "right-wingisation" of politics that would put more stigmas on both religious and ethnic minorities? Or would they approve this move to the right as a way of protecting conservative values for which Christians care for?

A. It is not possible to justify a Christian-inspired policy based on exclusion and rejection of the other. Even if these abuses have existed in the past (apartheid, slavery, segregation), French evangelical Christians are sensitive to the unconditional welcome of their neighbour in the name of Christ.

Nevertheless, there is a real temptation to vote conservative as a reaction to the dismantling of Christian ethics in France by certain currents (surrogate motherhood, medically assisted procreation for same-sex couples, legalization of euthanasia, etc).

“Freedom of religious expression in France is to be watched like milk on the fire”Q. What ideas will shape the future of France in the next 10 years?

A. The freedom of religious expression in France is to be watched like “milk on the fire”. In the name of the country’s internal security in the face of a radicalised or politicised Islamic minority, parliamentarians and the government regularly ask religious leaders to accept to “nibble” a little of our individual freedoms in order to protect the population.

French laïcité, which has promoted tolerance towards religions since 1905, has been profoundly transformed by the vote of the law against “separatism” in 2021. This law makes all believers and practitioners “separate” citizens whose associations must be monitored in the name of the influence they represent in civil society.

We have thus moved from a republican pact of tolerance to a policy of surveillance of religions by the State authorities.

The question also arises concerning the teaching of Christian ethics within churches and within Christian families, which could be called into question in the name of the “pluralism” of opinions and the mutation of morals in our Western societies.

Published in: Evangelical Focus - europe - France: religious freedom restrictions and a liberalisation of bioethics push evangelicals to the right