The Constitution “includes a right to a self-determined death”, the court says. Protestant and Catholic leaders issued a joint statement lamenting the decision. 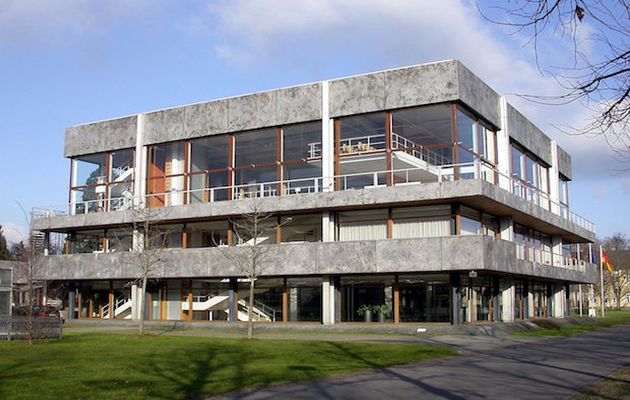 The German Constitutional Court has ruled that paragraph 217 of the Criminal Code, in force since 2015, which stipulates jail sentences of up to five years for those who help people who wish to end their lives, breaches the Constitution.

The 2015 regulation was controversial for a long time, because, although it banned commercial assisted suicide , it allowed family members and doctors to practice it, if it was not aimed at repetition, and was limited to the an individual case.

The Constitutional Court decision, which according to the judge presiding over the case, Andreas Vosskuhle, “has not been easy”, decriminalises proffesional assisted suicide throughout Germany, and allows commercial companies to include these services in their catalogs of activities.

“THE CONSTITUTION INCLUDES A RIGHT TO SELF-DETERMIDED DEATH”

According to Vosskuhle, the Constitution “includes a right to a self-determined death, which encompasses the freedom to take one’s own life and use assistance provided voluntarily by third parties”.

The court goes further and states that assisted suicide services should not be limited to the seriously or incurably ill, since “the freedom to choose one’s death is guaranteed in all stages of a person’s existence”.

In 2019, two doctors who had prepared lethal doses of medication for three patients who wanted to commit suicide, were declared innocent of the homicide charge by the Supreme Court.

The president of the Council of the Evangelical Church of Germany (EKD), Heinrich Bedford-Strohm, and the president of the German Episcopal Conference, Reinhard Marx, have signed a joint statement, pointing out that the “verdict represents an incision in our culture, which aims to affirm and promote life”.

“Our dignity and value must not be judged on the basis of our performance, how worthy we are for others, our health or our age [...] God created us in his image and the man is responsible for his life before God. The quality of a society can be seen in the way we help and support to each other. We want to and will continue to work to ensure that assisted suicide does not become the accepted normality in our country”, they said.

The statement also recalled that the 2015 regulation of the Criminal Code seeked to “protect the self-determination of particularly vulnerable people in their last phase of life”.

Other bishops of the EKD, such as the head of the central German region, Friedrich Kramer, said that the verdict represents a “change in our value system", and emphasised that life is “an unavailable good that does not really belong to us”.

The German Evangelical Alliance (Evangelische Allianz) also issued a short statement, pointing out that it “fully endorses the EKD and the German Bishops' Conference opinion” on this issue.

ACTIVISTS, POLITICIANS AND ACADEMICS, AGAINST THE MEASURE

In addition to the main religious leaders, other voices from society have expressed their opposition to the ruling of the Constitutional Court.

The professor of medical ethics Axel Bauer underlined that the measure “paves the way for a society where human dignity and the right to self-determination are used to legitimise the alleged voluntary suicide of desperate people with the help of third parties”.

The organization Action for the life for all (ALfA in German) sees the court's decision as “a paradigm shift for Germany. It is particularly frightening that the Constitutional Court wants the assisted suicide to be applied in all phases and situations of life”.

Some politicians have also lamented the decision, such as the deputy of the CDU, Alexander Krauss, who has described it as “shame trial”.

Others warned that, as a result of the ruling, the commitment to promote hospice and palliative care would also probably wane.