Large mainline denominations that have adapted their theology to the LGBT ideologies have accelerated their loss of membership: 7 cases in 4 countries. 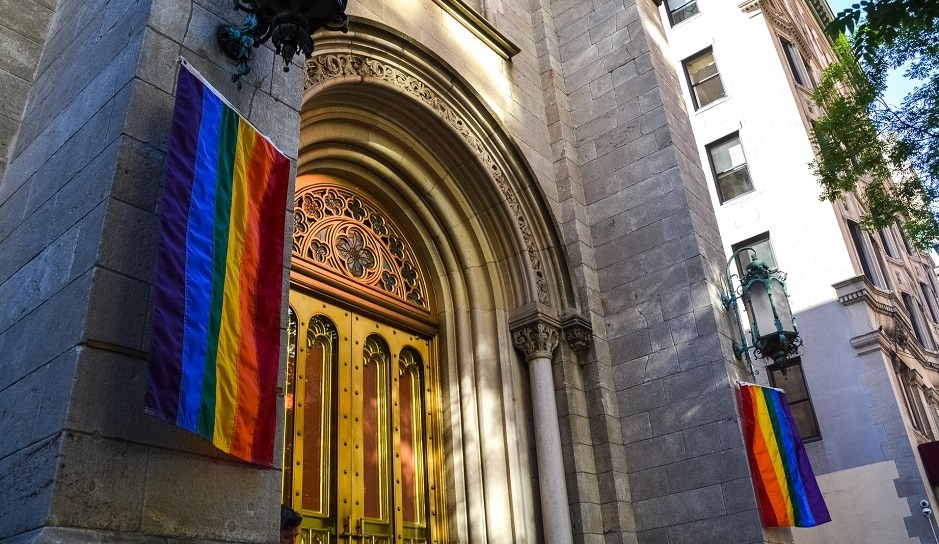 In many Western countries, evangelical churches who persevere in a historical teaching on issues such as family, marriage, the protection of the unborn, and the rights of freedom of conscience, speech and religion; do not have a good press.

In contrast, Protestant denominations that defend ‘inclusion and plurality’ with LGBT priests and the blessing of same-sex unions are presented as a faith that has understood the social reality well.

Among many mainline Protestant circles, it is argued that Christianity needs to attract people with an open-minded approach to the Bible that reinterprets certain texts accommodating them to the trends and thinking of the social majority. In the past, the Bible and the ‘sola fide and sola scriptura’ may have said one thing about human identity, but today the say another.

The reality, nevertheless, is that the church attendance and membership in theologically liberal churches that support the LGBT agenda is not growing, quite the opposite.

Often those who leave their congregations are the most committed believers, and those who have small children and look for a spiritual education based on biblical values. These churches are often not active in evangelism and therefore do not reach unbelievers with the message of salvation. Many others just become nominal believer as they stop attending church services.

Let’s look at the statistics of 7 big mainline Protestant churches in 4 countries, all of which have embraced a ‘LGBT inclusive’ theology and practice in the last decades.

It is the largest Lutheran church in the world. Linked to the state until the year 2000, it is hegemonic in the country although it coexists with other smaller free evangelical churches who are theologically conservative.

Officially, 55% of the population is member of the church, although only 2% of these members attends church with some kind of regularity.

The Church of Sweden accepts homosexual marriage since 2009, and appointed the first openly lesbian bishop in Stockholm that same year. In the last months, they have moved towards pro-transgender positions.

These are data from recent years.

The ‘Kirk’, as it is known, is a Presbyterian Church. It is the national and majoritarian church in Sctoland since 1560. After decades of debates in their General Assemblies and a growing liberal sector, the ‘kirk’ voted in 2009 to allow their ministers to have same-sex relationships (the Scott Rennie case).

These are the figures of membership of the Church of Scotland, in a country of 5.5 million people.

It was never the biggest church in the country but it has a large presence throughout the country. Always seen as more liberal than other Protestant groups, it started celebrating religious gay marriages in 2016. A first gay bishop married his partner in 2018, and in 2019 the church allowed all dioceses to perform same-sex marriages.

This is the evolution of the Anglican Church of Canada’s membership.

4. United Church of Christ (UCC) in the US

Another mainline Protestant church with a mix of Congregational, Lutheran, Calvinist and Anabaptist roots. It was the church of former US President Barack Obama and is known for its progressive approach to social and ethical issues. Although it defines itself as a “extremely pluralistic and diverse denomination”, only 5% of its local churches are formed by a majority of non-white people.

Already in 2005, the UCC declared itself in favour of same-sex marriage. They celebrate gay marriages and they are expected to vote a ban on any therapy or pastoral accompaniment that implies the modification of a person’s attraction to the same sex.

Is this denomination filling the pews? Not really, according to their statistics.

5. Episcopal Church of the USA

Traditionally described as the US Anglicans and the religion of the Anglo-Saxon socio-political elite in the country, they are not in their best moment. Over twenty years ago, the Episcopalians gave their ‘ok’ to sexual relationships before or outside of marriage. In 2003, Gene Robinson - a divorced man with two children who was in a partnership with a man - was ordained bishop, causing a large controversy.

In 2006, the ECUSA officially said yes to gay marriage, and the year after, around 240 theologically conservative communities left the Church to form the Anglican Church of North America (which now has around 1,000 churches in the US and Canada).

Has the theologically liberal approach of the Episcopal Church helped increase its membership? No. In fact, the denomination has lost one third of its members in only 20 years.

6. Evangelical Lutheran Church of America (ELCA) in the US

A Church born in 1988 when three Lutheran streams united. In summer of 2009, the ELCA accepted the ordination of practicing gay and lesbian pastors, as well as the blessing of homosexual unions. In the beginning of 2021, the denomination went a step further and ordained its first transgender bishop.

Thousands of conservative Lutherans left the Church to join other congregations. Others stayed with a critical approach. Nonethless, ELCA’s membership has diminished. Ten years after the decision on LGBT matters and a continuous radicalisation of positions, the ELCA has lost one third of its members.

It is the largest Presbyterian church in the US, born in 1983 with the merging of two large denominations. In 2012, it approved the ordination of homosexual priests and in 2014 the PCUSA redefined marriage as a union of “two people” (instead of “a man and a woman”).

One decade later, they have lost one third of their members.

A not so ‘proud’ reality

The images of rainbows in church buildings, Pride celebrations and messages such as “love is love” seem to distract from the crude reality of the “LGBT inclusive” Protestant churches. Below the celebration of tolerance and diversity, there is the statistical reality of a heavy fall in membership, church attendance, influence, as well as a worrying shortage of church ministers.

It is obvious that may causes could be included in the analysis of the complex evolution of dying churches, but statistical evidence shows that embracing dominant ideologies in society such as the LGBT agenda is certainly not filling the churches with new believers.

Theologically conservative Protestant churches may also have their own issues and challenges, but most of these are growing both in Global South countries and many Western countries, or remain stable with high church attendance rates.